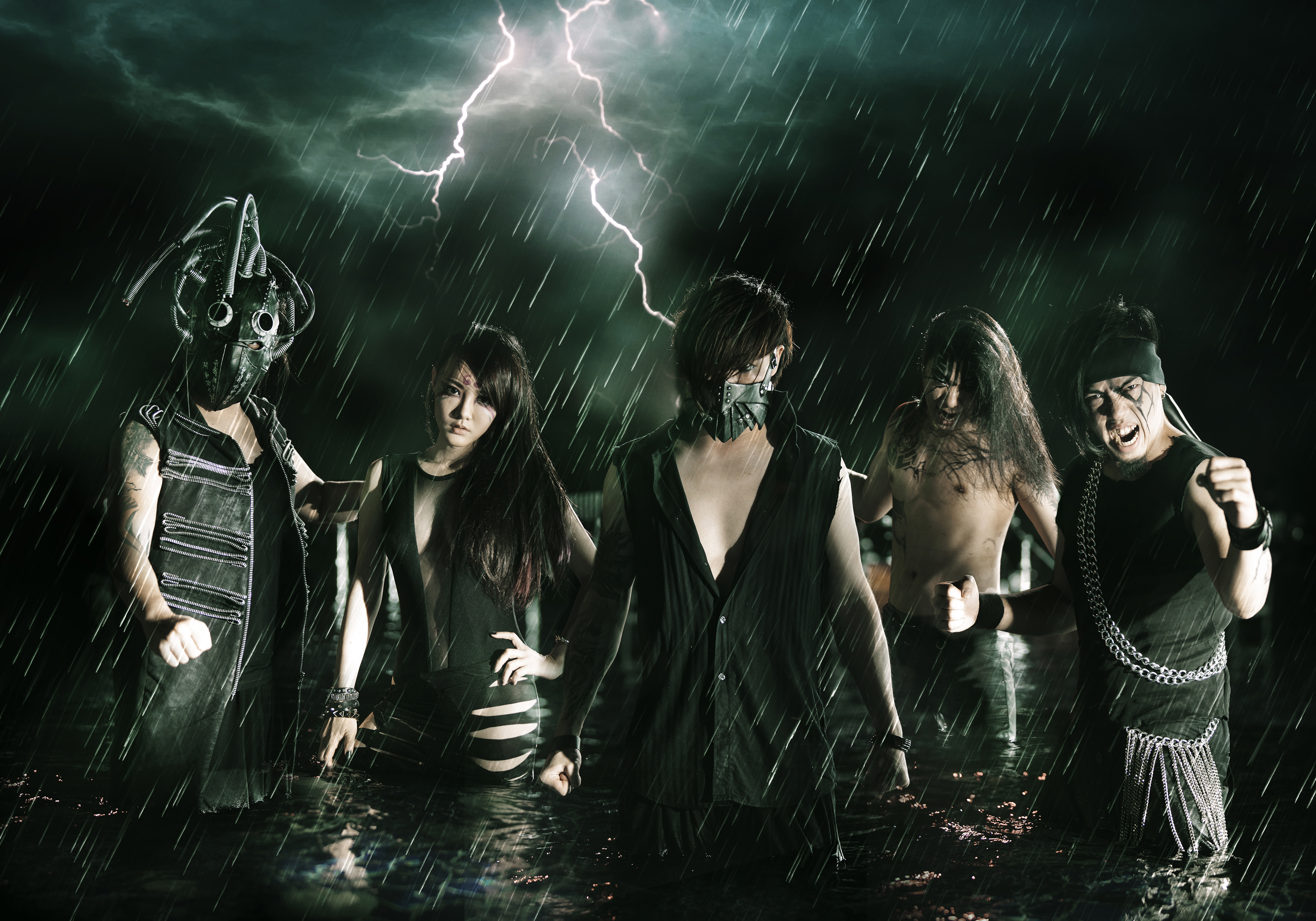 For their third appearance at Germany’s premier metal event, CHTHONIC– based in Taiwan – will celebrate their first-ever main-stage appearance (the ‘Black Stage’) by combining their exotic brand of hard rock with theChai Found Oriental Orchestra, who perform using a variety of traditional instruments, including hena, ruan, box zither, pipa, yangqin, flute & sheng.

The Chai Found Oriental Orchestra is an award-wining group who have appeared onstage with CHTHONIC in the past, performing four songs at a selection of concerts in Taiwan; these special events were duly recorded / filmed, and form the basis of CHTHONIC’s ‘Ián-bú’ DVD, released in February of this year.

For the 45-minute Wacken show, however, the orchestra will be expanded from four musicians to 10, to make the overall experience that much greater – ‘Orient Metal’ meets traditional Asian musicians, with both sides delivering to the max!

In addition to the Wacken appearance, CHTHONIC have a number of other major festivals lined up for the summer, including Brutal Assault(Czech Republic) and Summer Sonic (Tokyo & Osaka, Japan); last year, the band played more than 70 concerts in Europe and the US, and previously they have appeared at Ozzfest (US), Fuji Rock & Loud Park(Japan) and Download & Bloodstock (UK).

Once their summer touring schedule is complete, CHTHONIC – who have played more than 500 concerts in the past 10 years – will return to Taiwan to start work on a new movie project, after which pre-production for the next studio album will kick in.

With CHTHONIC, there’s never a dull moment – and certainly never a quiet one!