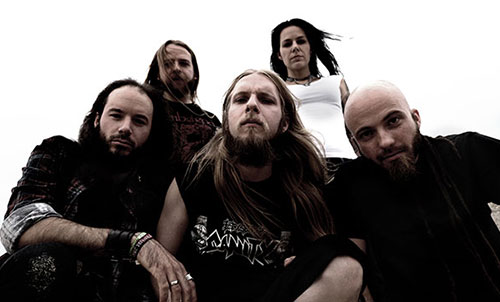 Cripper - A Dime For The Establishment

The German thrash metal band Cripper will give their Wacken Debut at the upcoming festival. As a little foretaste of what is awaiting you, you should check out their recent video "A Dime For The Establishment".

5 gangsters get under heavy assault during a car chase. They take hostages to get through dangerous situations where they face wood zombies, agents, Hillbillies and other gangster until they break the spacetime continuum and finally get redeemed by their show.

Cripper guitarist Jonathan Stenger was either responsible for directing, post production and cut of the video. Various filming dates on more than 10 locations, lots of helping hands and a 1st class film crew made this video produced by "Buntmetall" possible.

"A Dime For The Establishment" is featured on the recent album„Hyëna“. Don't miss their Wacken live debut at the upcoming festival!