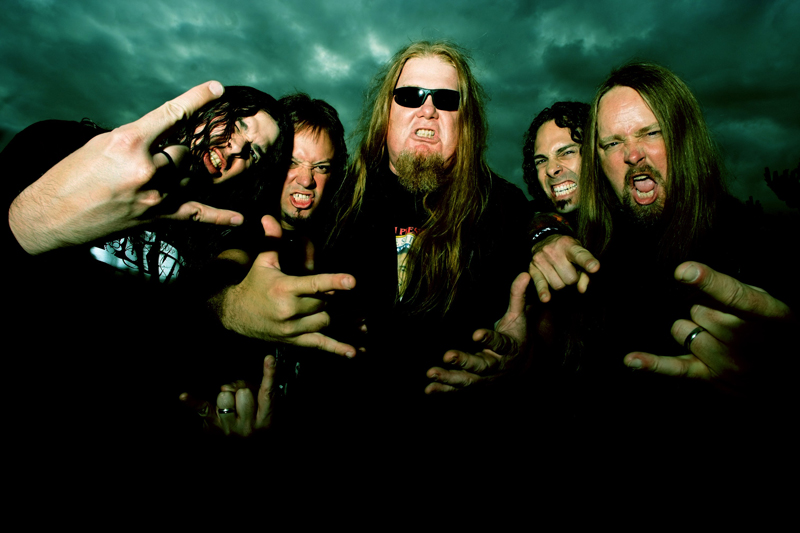 Forbidden - Have to cancel their W:O:A Performance

Sadly we have to announce that cult thrashers Forbidden have to cancel their appearance at this year´s Wacken Open Air.

Due to the fact that long time bass player Matt Camacho left the band and Russ Anderson decided to take a break from music business, Forbidden is no more able to play their performance.

Here is the official statement of the band:

"I am extremely saddened to have to announce that our bassist and Brother since 1986, Matt Camacho, has decided to retire from the music business and leave Forbidden permanently. For those that know and love Matt, this may be a shock to you. Matt's always been gung-ho for the band since the beginning and was a positive guy. But ever since he went to law school after Forbidden split up the first time, he was on a career path that would eventually take him to this day. His job position keeps getting better and taking care of our families is the most important thing. Matt had this to say about his experience of being in Forbidden:

"Playing in Forbidden has been a dream come true for me. It has allowed me to tour the world, play with and meet some of the most amazing bands, make friends for life, perform some phenomenal shows, and, most important, experience the most amazing FANS...I'll truly miss the inspiration and love that people from around the world have shown towards the MUSIC. As I leave for a new endeavor, I want to express my thanks and gratitude for all the incredible musicians both past and present who have graced their magical touch on Forbidden's music. To be a part of this band and to have these guys as friends and family for life is a true blessing. Thanks guys for the support and I look forward to seeing Forbidden carry on for years to come."

So good luck and nothing but Love to Matt!

With that being said, Russ Anderson has made the decision to take a break away from music to get his bearings back and rekindle his fire for Forbidden. Russ is not quitting, but has decided that he needs to do this for himself. We support him and his decision to not fake his way through what needs to be real. I had always said since we reformed in 2008, that as soon as things become tedious or a grind we'd either stop doing this or take a break. But we'd never say never again! Forbidden is not through yet. Russ simply needs to recharge his Thrash Metal batteries!

So then there is the unfortunate reality that under these circumstances Forbidden will not be appearing at WOA this year. This breaks my heart as much as anything else! Steve, Sasha and myself were very much looking forward to playing in front of that crowd and we had been holding out hope for Russ to change his mind. But he feels strongly that he just can't do it right now. So we must respect his wishes and let him have his space.

We'd like to apologize to our fans, Continental Concerts, the WOA organizers and everyone at Nuclear Blast Europe. You've all stood by us for so long and we understand how bad the fans in Europe want to see Forbidden again. But you deserve to see Forbidden at it's best. Not under these circumstances.

This is our promise to you, we'll come back with stronger and with new material! We've already got half of the new record written and we'll finish it up when Russ feels good enough to Thrash it up again!

Thanks to you all from the bottom of our hearts...

There is no replacement planned for Forbidden, but the playing times of a few bands will be increased.

Further info will follow with the next update of the Running Order.