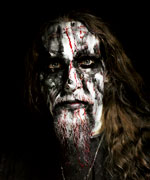 The current dates of the long awaited European tour of THE FORCE GORGOROTH received a rapturous reponse from the fans.

Gaahl, King , Nick Barker, and Teloch are convincing their fans with a very intense and powerful performance. Most of the shows during that tour were sold out.

THE FORCE GORGOROTH – Gaahl and King – are moving on to a new horizon and you will hear much more from them in the near future.

They just confirmed a headliner show for Wacken, Black Stage.

Be prepared for a spectacular exclusive show at W:O:A. more blasphemic than the Krakow show. If you are a prude or sheepish person, this is your nightmare.