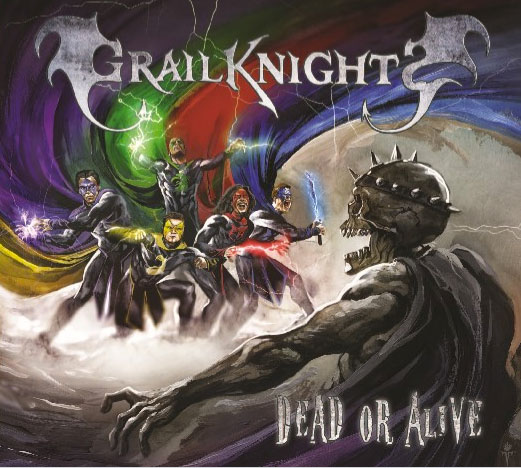 It has been more than 10 years since the Grailknights first entered the metal scene. On March 18th, 2016 they will return to unleash their next "Super Hero Metal" master piece which is a 5 track EP called "Dead or Alive".

One of the tracks is called "Crimson Shades of Glory" and was created in co-operation with German based A-capella metal squad Van Canto. Both bands will also go on tour together starting on March 18th.

As a little foretaste for the upcoming EP the band shot a music vidoe featuring the title track "Dead or Alive". Check it out now!

More about the Grailknights at: