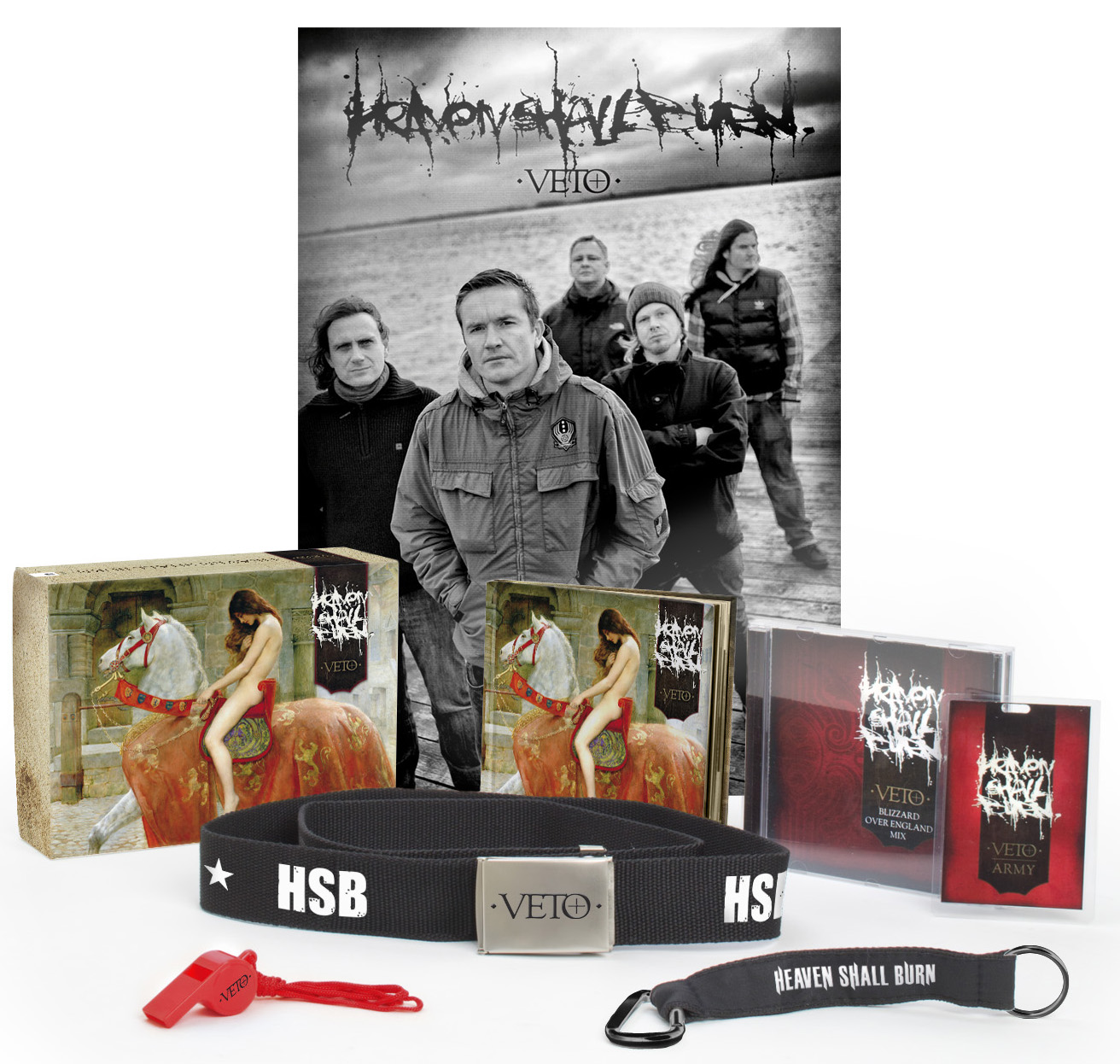 Heaven Shall Burn – Raffle to the release of “VETO”

More than 15 years in the business and Heaven Shall Burn are still stepping on the gas. Their new album “VETO” is another musical statement and will be released soon.

“VETO” will be released on the 19th of April 2013 and is filled with critical lyrics and statements to a wide range of topics. And they also included a cover-song again: With Valhalla, Heaven Shall Burn worship German power metal heroes Blind Guardian. And as the icing on the cake, Hansi Kürsch from Blind Guardian itself is singing some lines in the tribute song.

Regarding the upcoming release, we will raffle these packages for you:

The Limited Deluxe Edition contains not only the normal album, but also a second version of the album as a “Blizzard over England” mix by Colin Richardson and also the live CD “500.Live”, which was recorded at the 500th concert of Heaven Shall Burn.

To participate at the raffle, just send an email with your full address data and your t-shirt size to verlosung@wacken.com and use “Heaven Shall Burn” as the subject. Entry deadline is the 26th of April 2013!