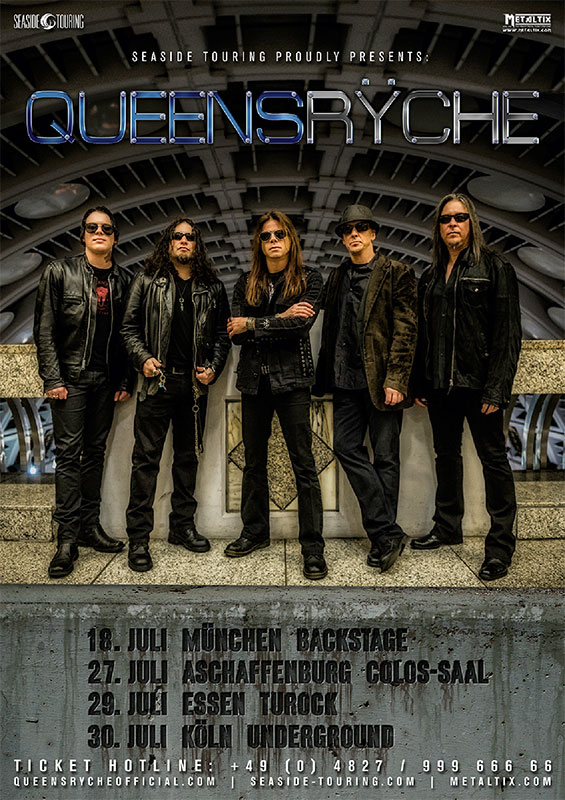 Queensrÿche are coming to Germany!

So if we overlook the youngest confusions about the 2 versions of the band the name Queensrÿche stands for progressive metal at it´s best!

Currently the band is working on the successor of their last self titled album which was released in 2013. And according to the band members the new record will be at least as legandary as masterpieces like "Rage for Order" or "Operation Mindcrime "1 & 2". With their new singer Todd La Torre the band will soon hit the road again.

Besides their appearance at Wacken they will also play 4 club shows in Germany.