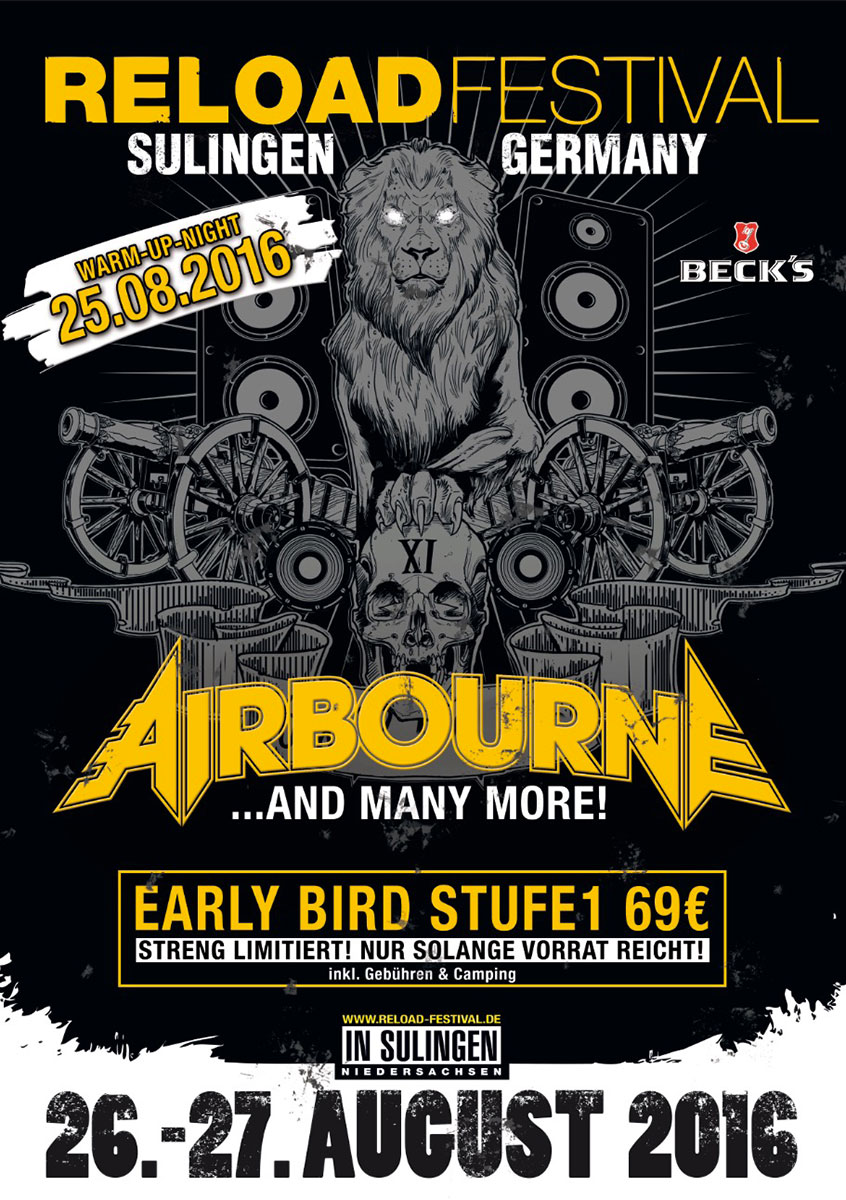 After it's succesful comeback in 2015, Reload Festival in Sulingen, Lower Saxony, will return on the last weekend of August next year. The cheap Early Bird tickets are available now at Metaltix for € 69 (including camping fees)!

One band that will rock with the fans is already confirmed: Aussie hard rockers Airbourne who are considered AC/DC's most likely heirs and are widely known for their great live qualities! More bands are to be announced soon.

For more information, please head over to Facebook or www.reload-festival.de.

with: Airbourne and many more!