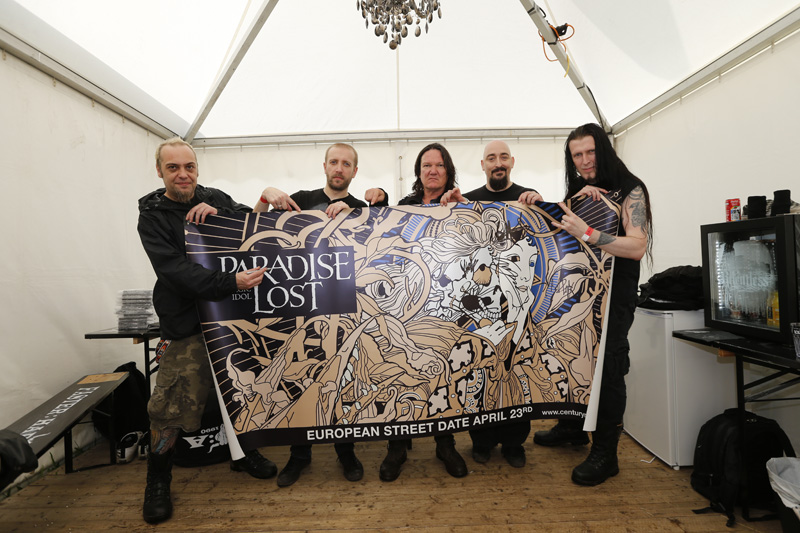 At this years’ Wacken Open Air the band members of Paradise Lost decided to donate their banner with the cover artwork of their new album “Ttragic Idol”, released in April 2012, to the Wacken Foundation. The death metal band, which has been founded in 1987, wants to support the Wacken Foundation’s work and promote promising metal bands.

The banner of the CD cover of their thirteens’ album that has been signed by all band members - Nick Holmes, Greg Mackintosh, Aaron Aedi, Steve Edmondson und Adrian Erlandson – is now being auctioned. The action will start Wednesday, 12th December 2012 and will end Wednesday, 19th December 2012.

The total income will benefit the Wacken Foundation, whose purpose is the support of hard and heavy metal music. Bands from the metal scene have the possibility to receive financial support of the foundation to implement their projects.