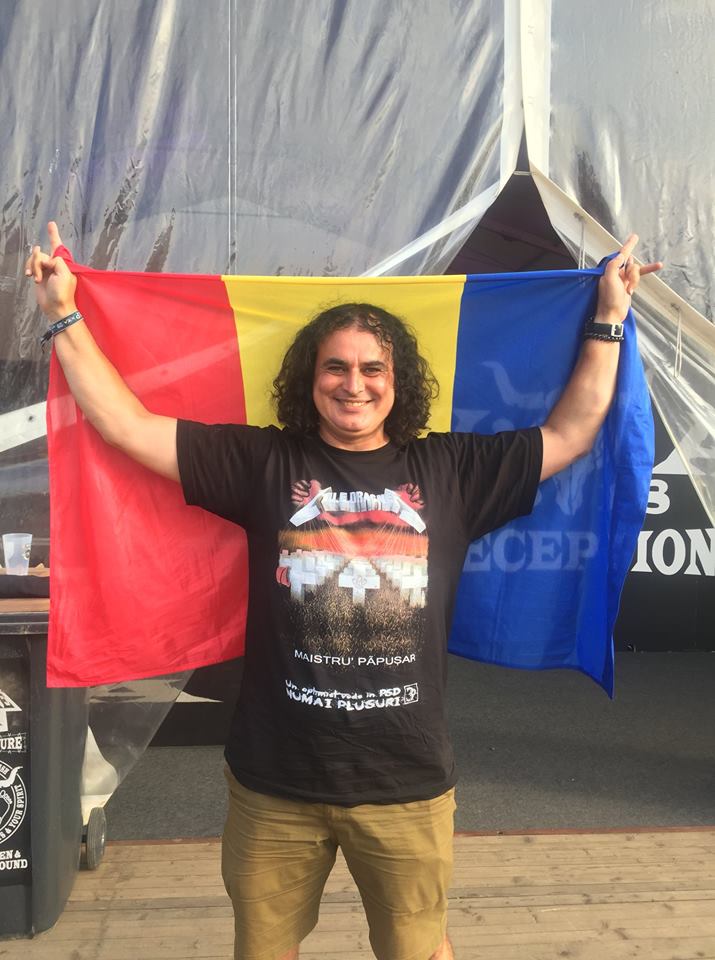 For someone born in Transylvania it’s probably only natural to get into Metal. Like Emy Bernhard: The IT specialist is living in Germany nowadays, but has been supporting the Metal Battle contestants from his homeland for years. At the festival he usually sleeps alone in his tent, but one night he found someone on his mattress. A woman...

„My first time in Wacken was in 2013, when I accompanied the Romanian Metal Battle contestants. I simply couldn’t believe being at the „Holy Ground“ finally. I was speechless and in total awe. Wacken was another world to me, another planet! So there was absolutely no question about coming back the following year.

One evening in 2014 stuck to my memory: I was in the press tent until late and had one beer. Or was it one after the other? Oh, well. Anyways... At about three o’clock in the morning I decided to go to sleep. Back then, the press tent was located right next to the VIP Campground, so my tent was only five meters away. After 15 minutes of walking a more or less straight line I got to my little Wacken home, opened it – and surprisingly had to realize that someone was already sleeping on my mattress. I was pretty confused so I walked back to our Romanian Metal Battle pavilion and counted the people in our group: six Romanians, one from France, two from Japan and two Germans. Everyone was there, we were complete. So who was sleeping in my tent? I walked back and tried to find the answer by very nicely talking to the sleeping girl. In Beer-English, Beer-German and Beer-French. Nothing worked. The sleeping beauty kept on sleeping. Eventually I decided to just fall asleep next to her.

In the very early hours of the next morning, at about half past ten, we both woke up because a band was missing its singer and screamed for her all over the campground. She left in the T-shirt I wore the night before. Don’t ask me how that happened... But I didn’t ask for it back.

Wacken is just spectacular. No year goes by without making everlasting experiences. Like meeting the same beer guy every time. He is from Brazil, but married to a Romanian woman, so he was able to talk to me in my native language. He recognizes me every year and always pours me that one beer for free. My man!

In 2017 I even met a couple that just got married that day, still in their wedding dress and suit. Right after saying their vows, they had made their way to the „Holy Ground“. How cool is that? In 2018, a band from Romania – An Theos – even made it to third place in the Metal Battle. As far I’m concerned, I will come to Wacken for the rest of my life.“

Emy’s wish for the 30th W:O:A, if anything was possible: