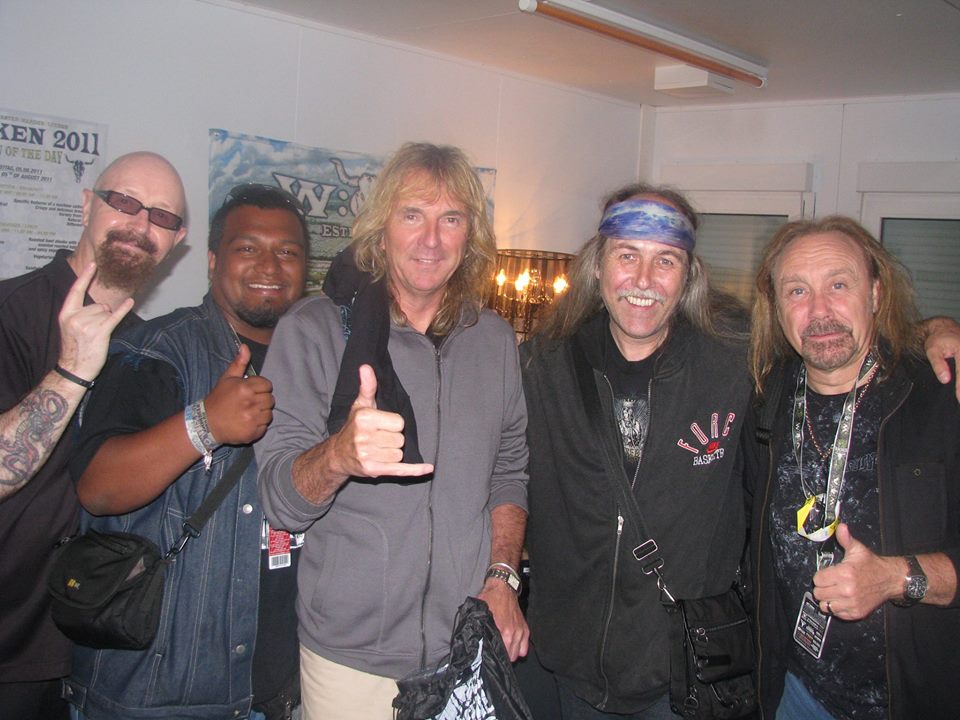 „Trust me, I had no words when I saw the Metal Gods standing right before me“

Salman U. Syed from Bangalore represents Wacken in India, promoting Bangalore Open Air and being in charge of Metal Battle India. In today’s story he tells us about his connection to the festival and remembers his favorite anecdote starring Uli Jon Roth and Judas Priest.

„I am from Bangalore in India and I have been coming to Wacken since 2010. From then on, I went to the festival every year. It all happened because I used to manage Kryptos, one of India’s biggest metal bands. They were the first group from my country to do a European cross-country tour back in 2010. Wacken Open Air took place at the same time, so we payed the festival a visit. Of course, when we were in college or high school, we always watched YouTube videos from the W:O:A, impressed by how big it was. We wanted to see the festival ourselves some day, so naturally we were more than excited about finally being there.

I met a lot of people, among them Enno from Enorm Music, the publishing department, and Thomas Jensen, the promoter. I told them that I wanted to organize a festival in India as well. One year later, I was in Wacken again and Thomas, Enno and I decided: Let’s bring Wacken to Bangalore! That’s how Bangalore Open Air was born, powered by Wacken and the Wacken Foundation. The next edition will happen in February 2019. Today, I’m responsible for Metal Battle in India as well.

My favorite story happened in 2011: Miriam Hensel from the W:O:A team introduced me to former Scorpions guitar player Uli Jon Roth. I was surprised to hear about his fascination for India. We found out that we both love Ravi Shankar and he told me that it was his dream to jam with his daughter Anushka Shankar. When he asked what my dream was, I had to tell him how great it would be to meet the guys from Judas Priest because they are one of my favorite bands. His answer: ‚If you make my dream come true, I’ll make your dream come true.‘ Because knew the guys from Judas Priest from his old days and they were even playing at Wacken the very same year! At that very moment, they were just meters away from us, staying in their dressing room. Uli took me there to meet them and trust me, I had no words when I saw the Metal Gods standing right before me. Rob Halford even was kind enough to take a pic with all of us. That year was my second stay at the festival, the memory is still very fresh in my mind. And I’m still working towards making his dream also come true!“

Salman’s wish for the 30th W:O:A, if anything was possible: