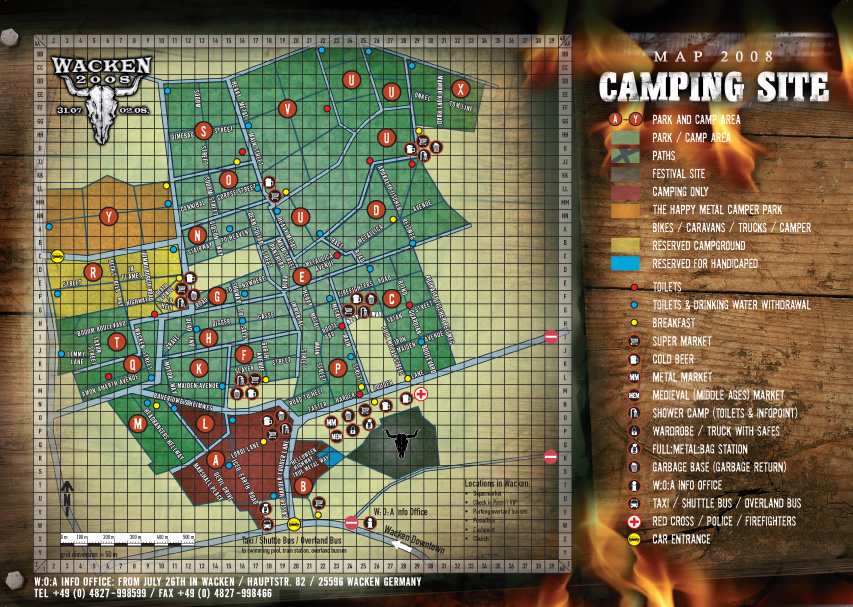 W:O:A streets without a name - contest

In 2007 the campgrounds were equipped with flags and banners (with the campground letter) at the support points, gateways and shower areas. Additionally, all roads and paths were tagged and given street names.

As announced in the News, we have enlarged the campgrounds for 2008. There will be no buffering areas this year.

Because of this, we now have some roads and paths which do not have a name...and these can be named by YOU!

For this we have set up a little contest (like we did last year). Send us your

We assume it´s clear that you can only send us names which aren't already in use on the existing campgrounds map.

We have a lot of prizes lined up. Winners will receive prizes such as:

further you can win:

Please mail us a minimum of 10 names to: streetnames@wacken.com