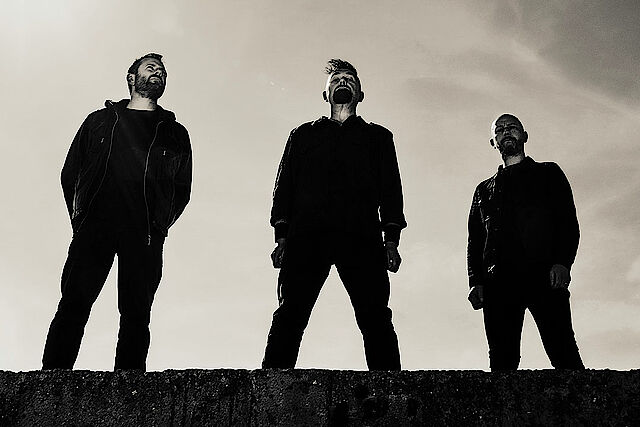 Since 1990 and the self-release of their Meat Abstract single  Northern Irish rock band Therapy? have lived through ‘the troubles’, a peace process, seven record labels, three drummers, a cellist and witnessed the widespread use of the mobile phone, a personal computer in every home, the internet, the introduction of WiFi, a single European currency, the rise and fall of baggy, grunge, britpop, nu metal and emo, released 15 albums and sold in excess of three million albums, had hit singles, collaborated with a myriad of artists including Ozzy Osbourne and David Holmes, toured the world many, many times and played countless live shows.

Amongst all this cacophony they have continued to plough their singular vision with a determination and wit making friends in the process. They intend to celebrate the last thirty years in all their sour glory while looking forward to the next events of history to unfold around them. Therapy? celebrate their 30th anniversary with the release of ‘Greatest Hits (2020 Versions)’, an album of very special recordings of their UK Top 40 singles, recorded at the legendary Abbey Road Studios with producer Chris Sheldon (Troublegum, Semi-Detached, Cleave).

The album was released in March 2020 on Marshall Records and once again Therapy? graced the UK Top 40.

However when covid struck the Spring and Autumn sets of touring had to be rescheduled to 2021….and now to 2022!!!

But never to be idle, in September 2020 Jawbone Press published the official biography of the band, written by Simon Young. So well received was the book that a second print run had to be quickly organised.

2021 sees this year’s touring once again being put on hold but we are hopeful that some of the festivals that we have been booked for will actually take place.