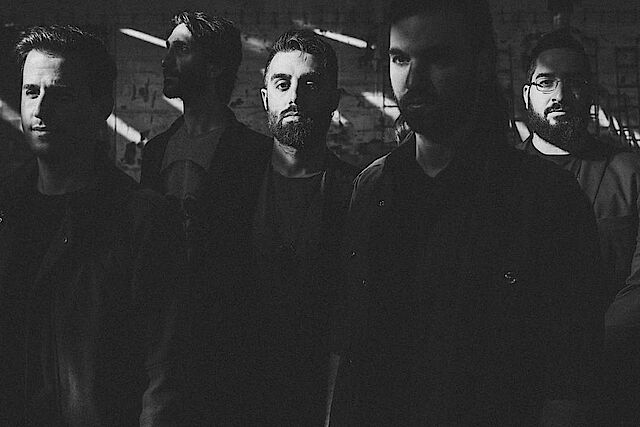 Walkways is an alternative metal band based in Tel Aviv, Israel.

Starting off in 2006, the band was formed by Ran Yerushalmi (vocals) and Bar Caspi (guitars) who started playing together. Soon after, Yoni Menner (guitars) joined and a more concrete musical style was formed. Priel Horesh (drums) and Avihai Levy (bass) joined in 2010, finalizing the lineup.All members of the band started listening and playing music at a fairly young age, and later on some studied at professional music academies. Each of the band members started making music for different reasons, but the passion for creating music was common among everyone.

The band is driven with a goal to keep sane and evolve into more humane and moral people while writing their music - the soundtrack of the highs and falls of their lives.
"We create in order to unload. To deal with feelings - mainly aggressions. No one has the right or legitimacy to let their ego run wild, as sadly, too many people do these days. We believe that the choice is both ours and yours. We choose not to act as the "default version" of ourselves. We choose to stay in control and rise above it. No excuses, no matter what we've been through. Our past is not our future".

Walkways' sophomore album "Bleed Out, Heal Out" was released in 2019 on Nuclear Blast Records, receiving striking reviews in various international magazines and music blogs. "Bleed Out, Heal Out" displays a unique mix of Alternative Metal and Metalcore, a style that combines heavy riffs and soft parts, emotional melodies and a wide range of vocal styles. The album was self produced by the band, mixed by the band’s very own Priel Horesh, and mastered by Ermin Hamidovich at Systematic Productions.

Following an exciting few years of touring, including direct support for Avenged Sevenfold, Disturbed, In Flames, Devin Townsend, Jinjer, and many more - the band is now working on their third full length album.