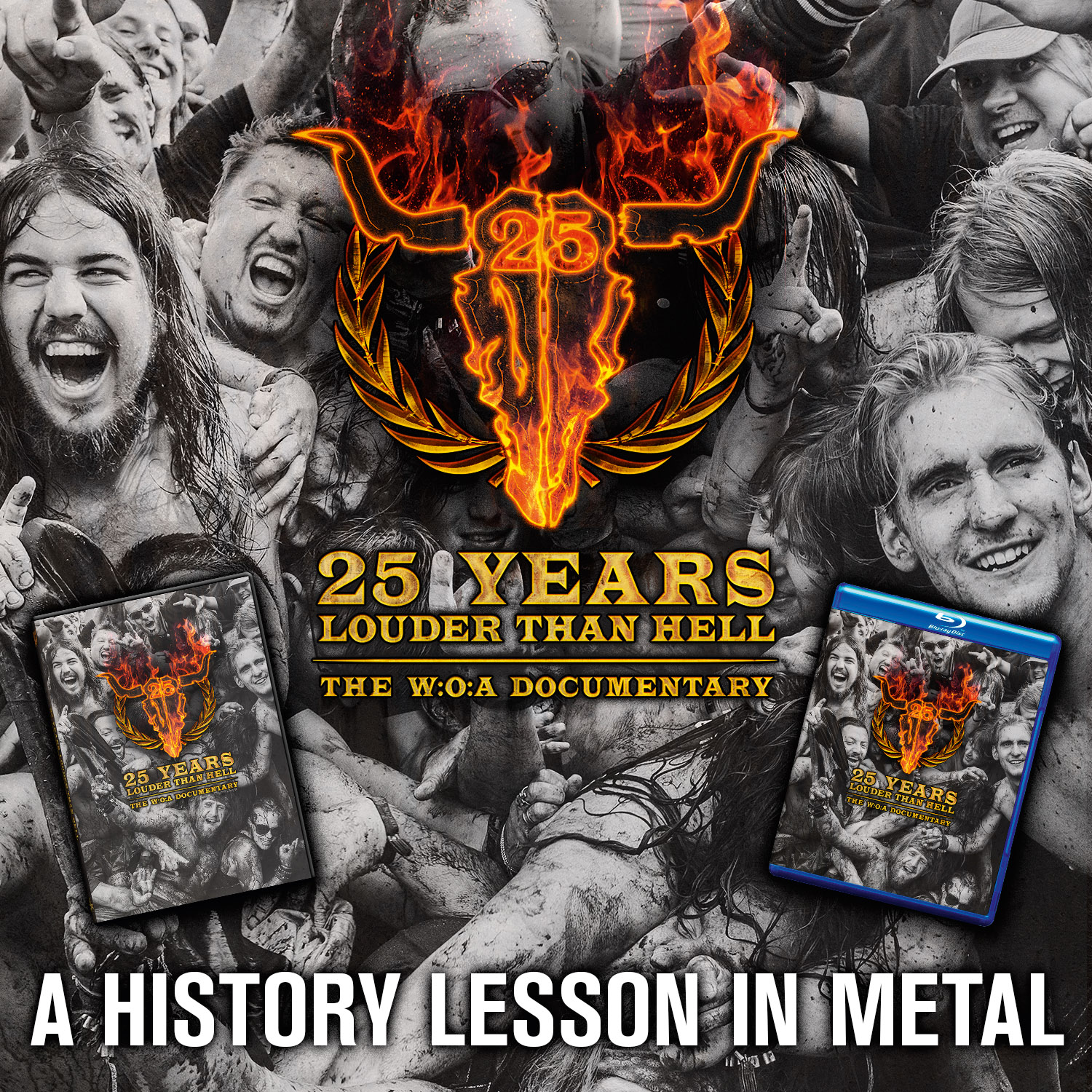 "25 Years Louder Than Hell - The W:O:A Documentary" will be released tomorrow!

Tomorrow the brand new "25 Years Louder Than Hell - The W:O:A Documentary" will be released worldwide via UDR-Music as DVD & Blu-Ray.

WACKEN OPEN AIR has never simply been a ‘festival’…it has, for over a quarter of a century, been a lifestyle, event and community rivaling those seen at the likes of Glastonbury in the UK and Burning Man in the US. As the festival’s founders Thomas Jensen and Holgar Hübner always said, Wacken is about the music and the lifestyle, and it is that noble simplicity of aim that has seen the festival sell-out to 85,000 people within hours of the tickets going on sale every year. And now, UDR Records is proud to present a comprehensive view of both the Wacken festival and culture via 25 Years Louder Than Hell – The W:O:A Documentary, a film directed by Sara Kelly-Husain and produced by Christine Stephan for Nice Productions.

Utilizing deep, archival footage, live action film and hand-held camera montages, 25 Years Louder Than Hell…weaves together the full story of this cultural phenomenon from its humble beginnings in one small village field to the consistently sold-out, 85,000 plus music megacity it has become. Featuring interviews with the likes of Lemmy from Motörhead, Slayer’s Kerry King, Biff Byford of Saxon and Nergal of Behemoth, 25 Years Louder Than Hell…also speaks with fans from across the globe to further explain the enormous cultural phenomenon which Wacken Open Air has grown into.

Check out the 8 minutes lasting EPK (Electronic Press Kit) before the release:

DVD & Blu-Ray as well as the signed special edition (incl. Patch) of the DVD can now be ordered at the UDR-Shop.

The regular editions are also available via amazon ( DVD &