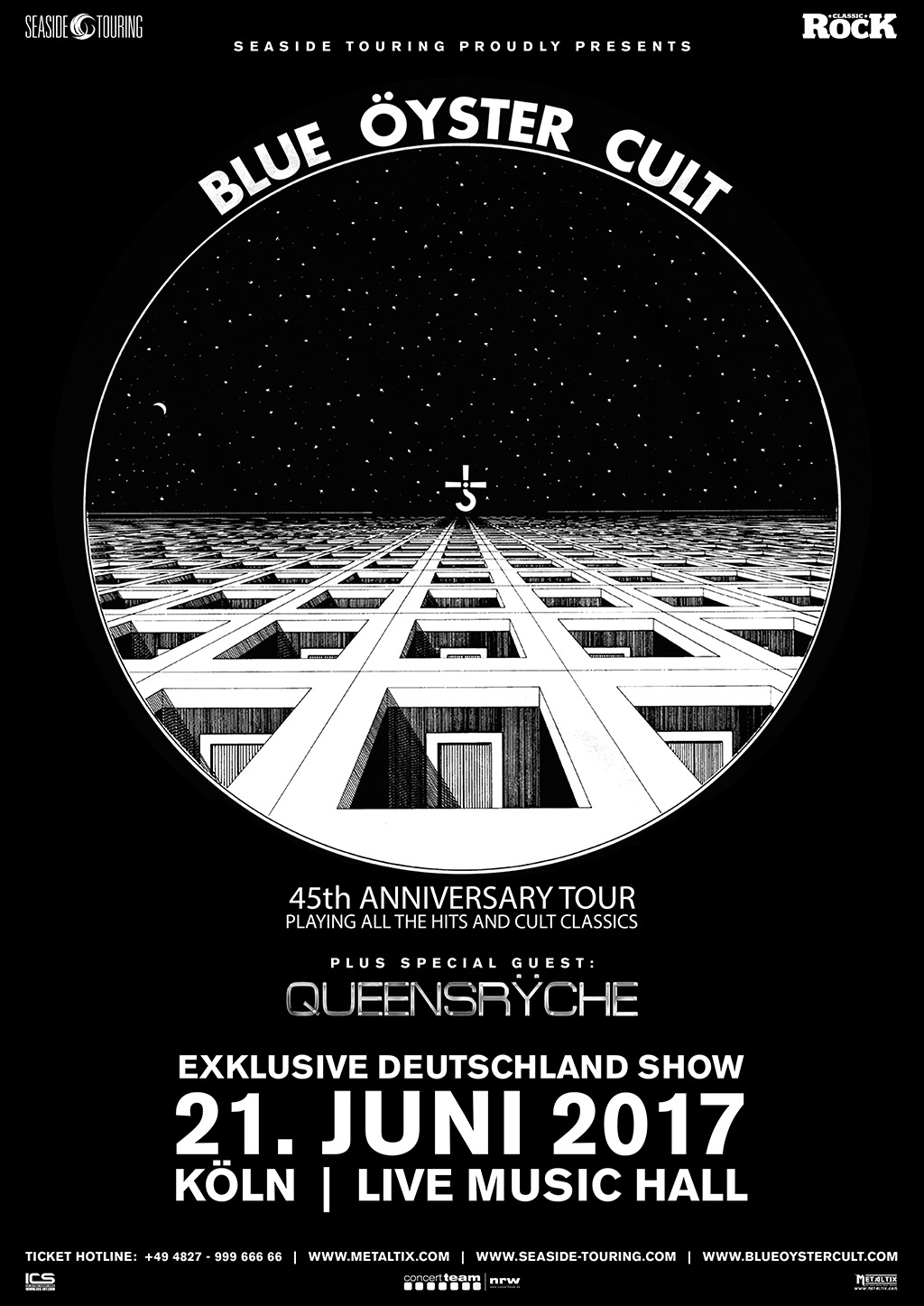 With their gloomy, bluesy hard rock, Blue Öyster Cult have made themselves immortal - or do you someone who has never heard at least of "Don't Fear The Reaper"? Last year, BÖC played Bullhead City Circus at W:O:A, now they've announced an exclusive show in Cologne at June 21st.

None other than progressive metal icons Queensryche will join the spectacle as Special Guests - make sure, you'll be there, too! Tickets are available starting Friday (February 24th), 10 AM, at www.metaltix.com