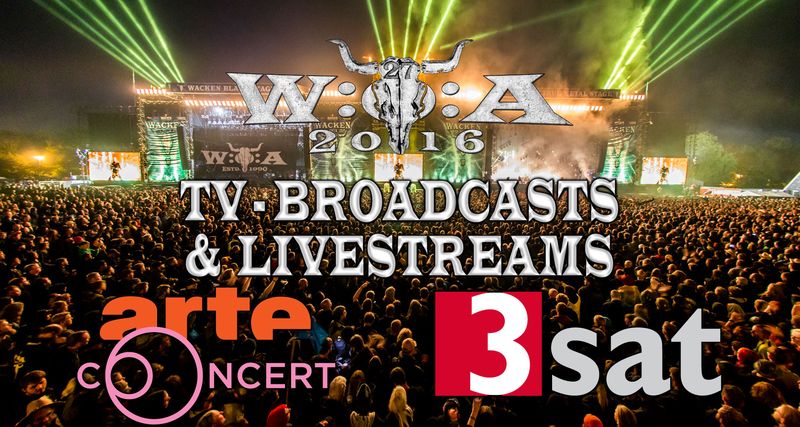 Enjoy Wacken shows in TV and via streaming!

One week ago, the festival was running with full speed! The Iron Maiden show and our tribute to Lemmy already happened and we waited for the next highlights from Friday and Saturday. A lot of these shows have been recorded and 3sat, ZDF Kultur and ARTE will show you some of the best in the coming days and weeks - via television and streaming!

Nearly 30 concerts can be found as video on demand at concert.arte.tv/de/wacken. We got shows for every taste, check it out!

3sat shows you in television:

ZDF Kultur shows you in television:

This broadcast will be repeated only a few hours later at 01:15!

This will also be repeated only a few hours later at 01:15!

ARTE shows you in television: