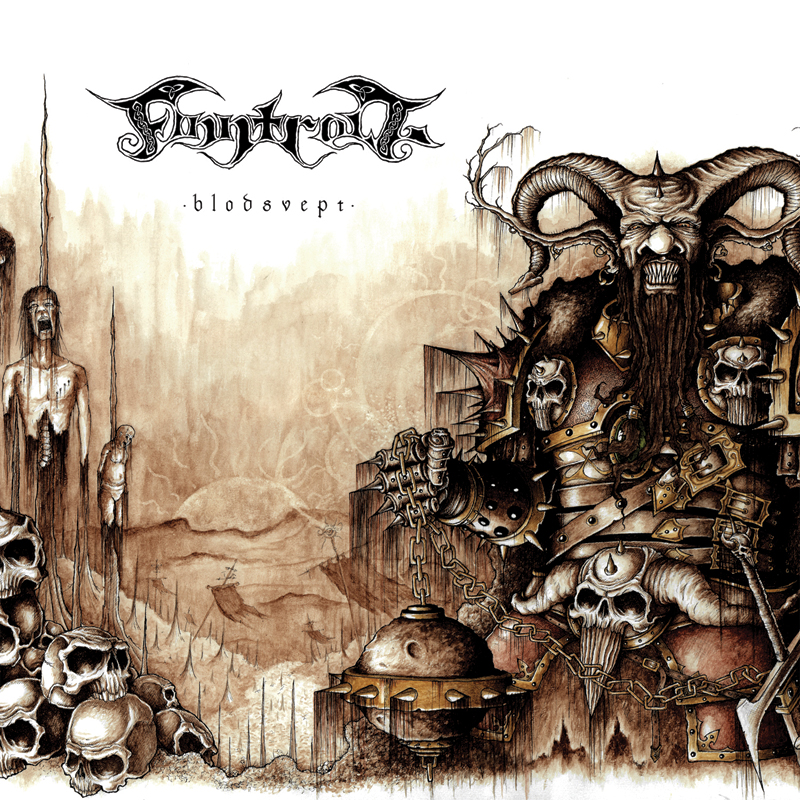 Finntroll - big raffle in celebration of the upcoming Album "Blodsvept"!

If you think of finish metal combined with humppa, the finish veterans and scene-spearhead Finntroll is the first name to appear in your mind!

The meanwhile 7th full-length album of the band is also thematically based on stories about the dark inhabitants of the north and their hunger for human flesh. The band itself is the perfect incarnation of their sound but with one difference: The hunger for flesh meanwhile yielded the thirst for alcohol!

Due to the release of the new record and in cooperation with Century Media we will start a very unique raffle:

We are raffling 5 unique concept artworks - these artworks for the album BLODSVEPT were drawn by Finntroll guitarist Skrymer and are signed by the whole band!

Send us an e-mail with subject/keyword: "FINNTROLL" as well as you complete name adress to verlosung@wacken.com.

With their sixth full-length “Blodsvept”, FINNTROLL return to the fierce harshness of their blackened origins without giving up the perfect balance between darkened metal ferocity and melodic elements inspired by folk music from Finland and far beyond. “We have taken a step backwards”, states main composer Trollhorn. “The production is less polished and weird. To give you a rough idea, “Blodsvept” unites the raving madness of “Niflvind” (2010) with the natural approach of “Nattfödd” (2004).” According to its maker, “Blodsvept” may be described in three words: rawness, power and melody. Add fun to this description and it sums it up just nicely.

Now, FINNTROLL embark on a new musical conquest with “Blodsvept”. Under its raw and aggressive surface many surprises await the listener, so better expect the unexpected. Take a seat in the

Cotton Club as some New Orleans Dixie grins broadly from “Rösets Kung”. “Skogsdotter” offers duelling banjos taking on a swing band or as Trollhorn states: “We should have used an upright bass on that one”. Anybody wondering what a video-game would sound like with folk music will get an answer from “Ett Folk Förbannat”. “Två Ormar” is unceremoniously slandered as “Beetlejuice on crack” and Trollhorn tenderly calls the “Midvinterdraken” his very own “Flying Spaghetti Monster”. Genius and sheer insanity often go hand in hand and while FINNTROLL never lose the focus for captivating and compact songs, they definitely mastered the art of ‘shock and awe-someness’! So, wanderer beware! If you should ever fall in the hands of FINNTROLL, the undiluted, amazing lunacy of “Blodsvept” awaits you. You have been warned. Now go, get it!

On Century Media´s YouTube channel you can already listen to the title song of the album which is also called "Blodsvept" - Have fun:

Here is the Tracklist:

All additional info about Finntroll at: