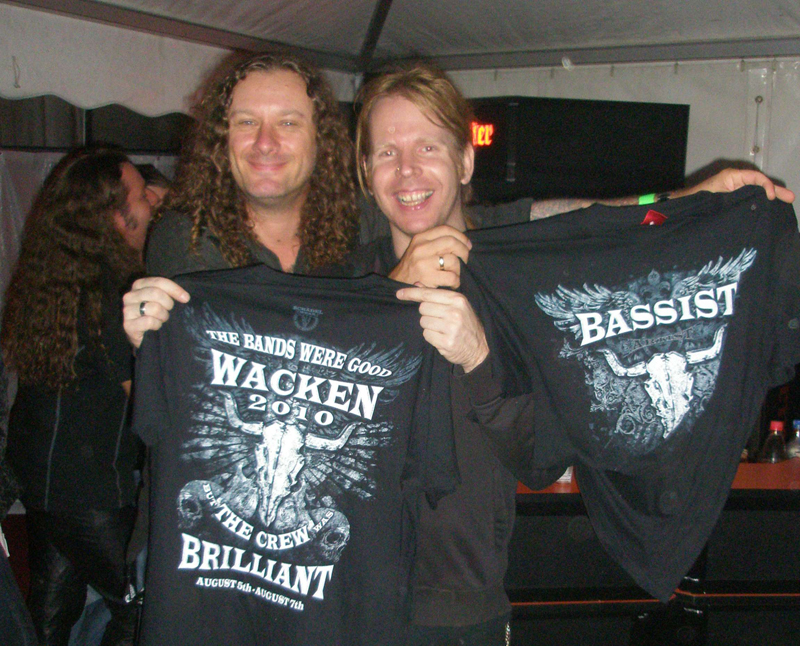 Friday, 13th at the EDGUY Camp

On Friday, 13th this August, Tobias „Eggi“ Exxel’s son Julian saw the light of day – just six days after Edguy’s performance at the Wacken Open Air. Like Tobi Sammet told on stage, Eggi was nervous during his performance, waiting for „the“ call of his girlfriend. For this case Markus Grosskopf of Helloween was along and ready to enter the stage instead. „It was great to have Markus at least for two songs on stage – although the situation at home was still calm. I wanna thank him again for preparing the whole Edguy set in such a short time. The Wacken show was something real special for me and I dedicated it to my son Julian. Thanks again to the whoel Wacken team – from now on Friday, 13th is my fortunate day.“

On August, 14th Markus Grosskopf finally played the „Bloodstock Festival“ in England along with Edguy; since Eggi took some day offs.