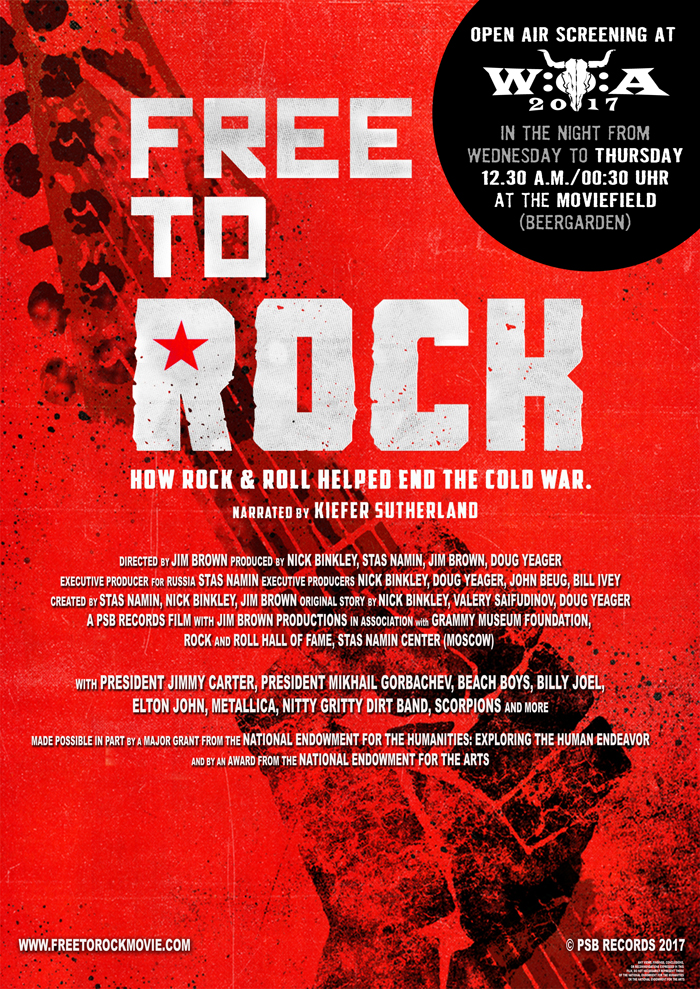 Great presentation of “Free To Rock”-documentary in the Movie Field at W:O:A 2017

The Movie Field in the beer garden has lots of highlights in the program – one of them is the documentary “Free To Rock”. We show you the film on Wednesday, 02nd August 2017, as the first big screening in Germany between 00:30 and 01:45 a.m. in the night to Thursday.

The film “Free To Rock” deals with the question whether and how the rock music has helped to end the Cold War. Rock´n´Roll spread like an uncontrollable virus across Eastern Europe, because millions of fans and underground bands yearned for Western freedoms. With their “Sound Of Freedom” they helped to end the Soviet regime in a nonviolent way.

In this documentary, 4-time Emmy winning director Jim Brown worked together with several rock musicians, presidents and diplomats, while Kiefer Sutherland guides as speaker through the film. Make sure, you don´t miss the chance to view this memorable presentation as part of the W:O:A 2017!

More information is available at FreeToRockMovie.com!