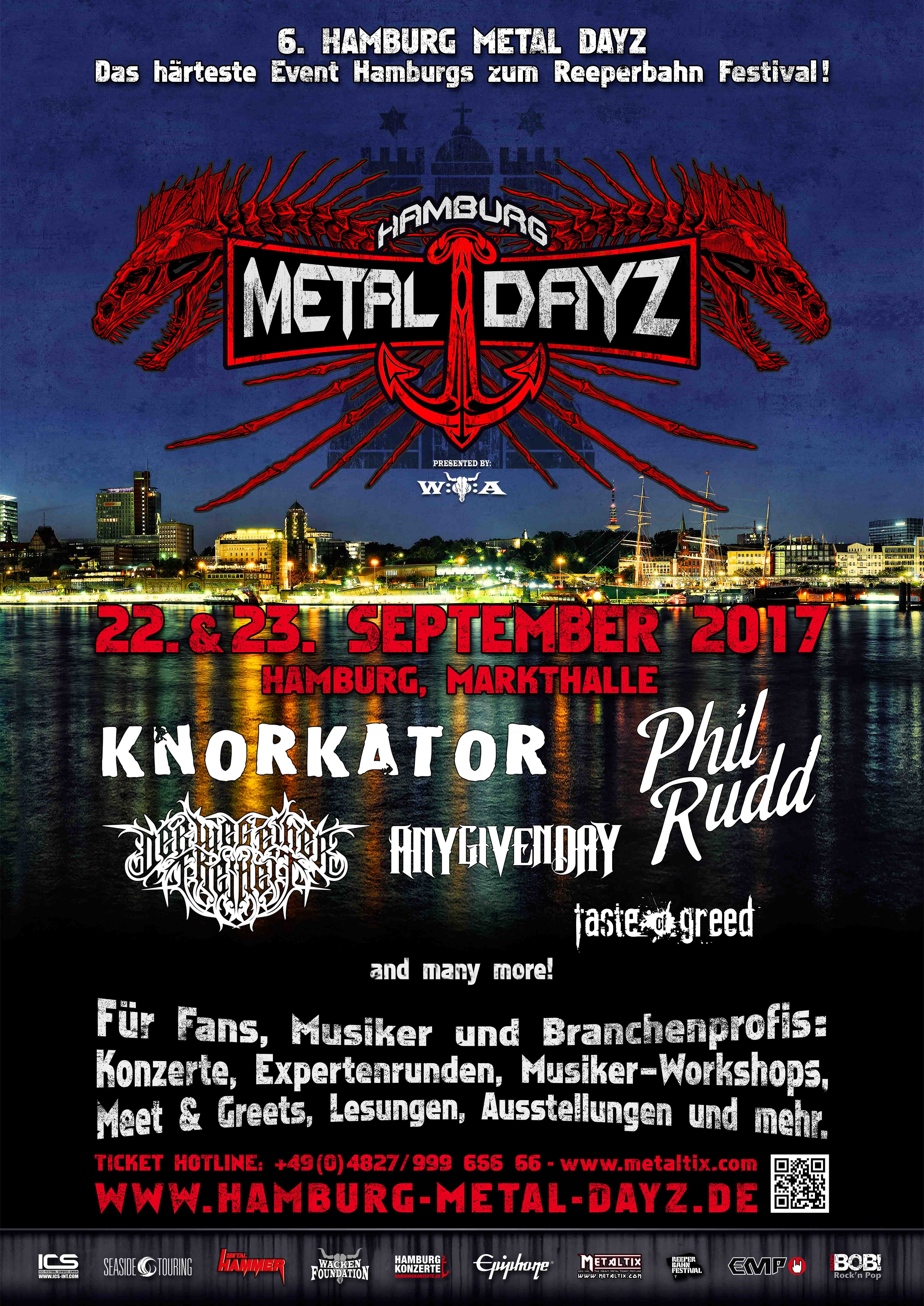 Knorkator and Any Given Day will be in good company for this year's Hamburg Metal Dayz: Phil Rudd, Der Weg Einer Freiheit and Taste Of Greed will rock Hamburg on September 22nd and 23rd, too!

We are proud to have a real legend join this event: Phil Rudd was the long-time drummer for none other than AC/DC and has written rock history and inspired countless musicians with his powerful style. In 2014 he released his first solo record "Head Job".

Hailing from Würzburg, Germany, Der Weg Einer Freiheit were able to make themselves known internationally with their thrilling version of black metal.

Local heroes Taste Of Greed complete this batch of bands and bring some fresh melodic death to the table.

The limited Early Bird Tickets for Hamburg Metal Dayz 2017 are sold out as of now, regular tickets for € 60 (plus fees) are available now from www.metaltix.com!

with: Knorkator, Phil Rudd, Der Weg Einer Freiheit, Any Given Day, Taste Of Greed and many more!

Get your tickets now!