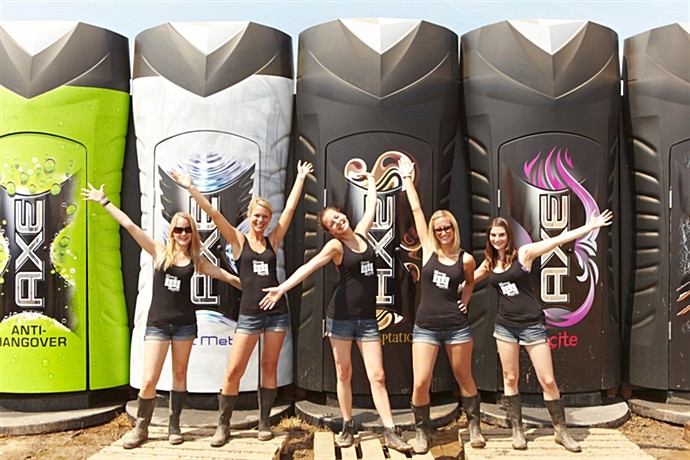 Which festival visitor does not know this problem?

You are standing in the crowd, listen to your favorite bands - the sun is burning, the moshpit is in full swing and the omnipresent dust cloud

does not ease the sweat problem. So what would be better after the concert than walking a few paces, cool down and reenter the fray with a good smell? NOTHING!

The Solution: The AXE FESTIVAL SHOWER

The famous deodarant / shower gel producer AXE is on festival tour and will also visit this year´s Wacken Open Air.

Thanks to 8 big shower cabins which are directly on the festival area you will have the possibility to directly leave the moshpit and take a shower.

The AXE Festival Shower is situated directly on the infield on the left side behind the main entrances. Additionally the AXE Girls will provide you with AXE Cool Metal Shower Gel and fresh towels.

But beware! It´s getting dirty after the shower - Thanks to the AXE Effect!