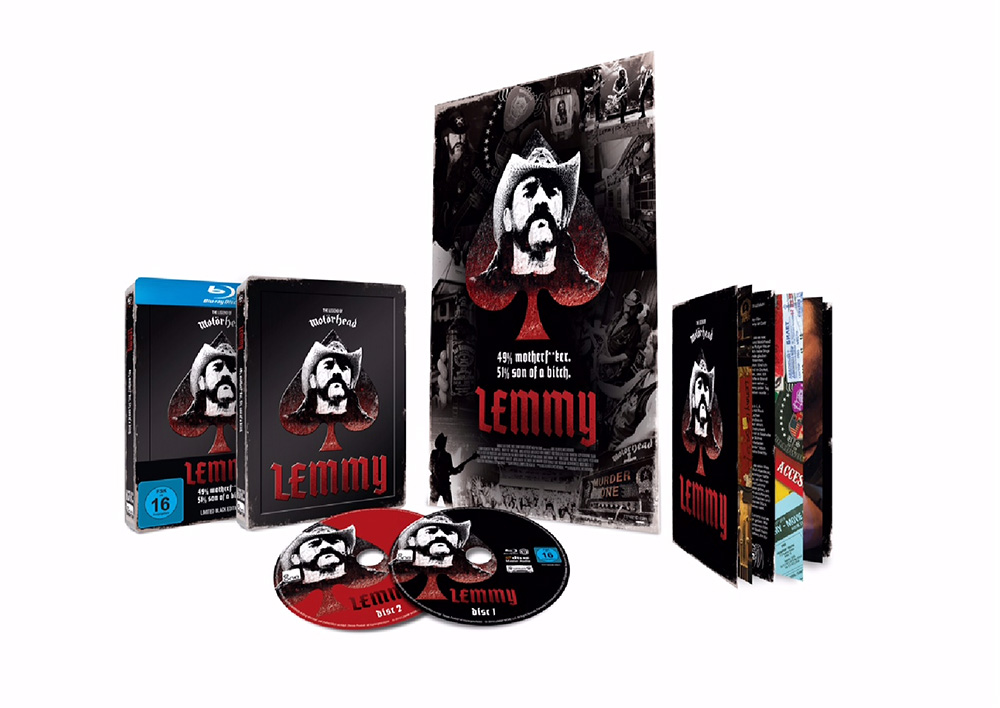 Lemmy - The Movie will be released as limited Black Edition Steelbook on DVD and Blu-Ray on May 29th!

To celebrate the upcoming release we will raffle 5 DVD and Blu-Ray editions of this awesome piece of music history.

How can I participate?

All you need to do is to write us an e-mail with subject LEMMY to verlosung@wacken.com. Please also leave your complete address and tell us if you would rather like to win a DVD or Blu-Ray. Deadline is Thursday, May 28th. There is no right of appeal.

And this is what you will get!

More than 400 minutes of Lemmy in a limited BLACK EDITION STEELBOOK including one extra disc with more than 80 minutes so far unpublished extra footage and a 12 paged booklet plus A3 poster.

In Lemmy, directors Greg Olliver and Wes Orshoski explore the amazing life and career of heavy metal pioneer and cultural icon Lemmy Kilmister, the life force behind the enduring, influential band Motorhead. Over more than four decades, the drug-fueled, raspy-voiced Kilmister s career has intersected with many of the touchstone moments in rock: He saw the Beatles at the Cavern Club, he served as a roadie for Jimi Hendrix, he mentored Sid Vicious and played in both Merseybeat and psychedelic rock bands before fusing punk and metal and thus providing the inspiration for thrash metals with Motorhead. Along the way, he forever inspired the likes of Dave Grohl, Slash and Metallica, all of whom appear in LEMMY, alongside Ozzy Osbourne, Alice Copper and more...

You can order the limited edtions either as DVD or Blu-Ray version.