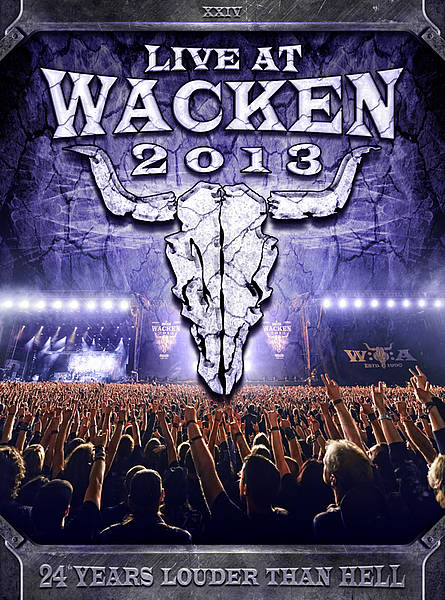 What‘s even better, there are some gems hidden in some of these: One Golden Ticket for a „Lifetime Membership for the W:O:A“ giving the lucky winner the opportunity to enjoy the festival every year till eternity without buying a ticket. Also randomly included are 10 Silver VIP Tickets for 2015 that include a tour through the Artist Village on the festival grounds. A dream comes true for any Metalhead...

And now we want to give you another little foretaste of Live at Wacken 2013 with the 10 minutes lasting EPK:

„Live at Wacken 2013“ even serves a good cause that keeps heavy music alive: All bands and labels have donated their royalties to the Wacken Foundation, a non-profit organisation in support of the Hard Rock and Heavy Metal scene (www.wacken-foundation.com). UDR Records will also be making a donation of 1 Euro for each and every DVD & CD sold, with everyone involved, from manufacturing to marketing, supporting the Foundation.