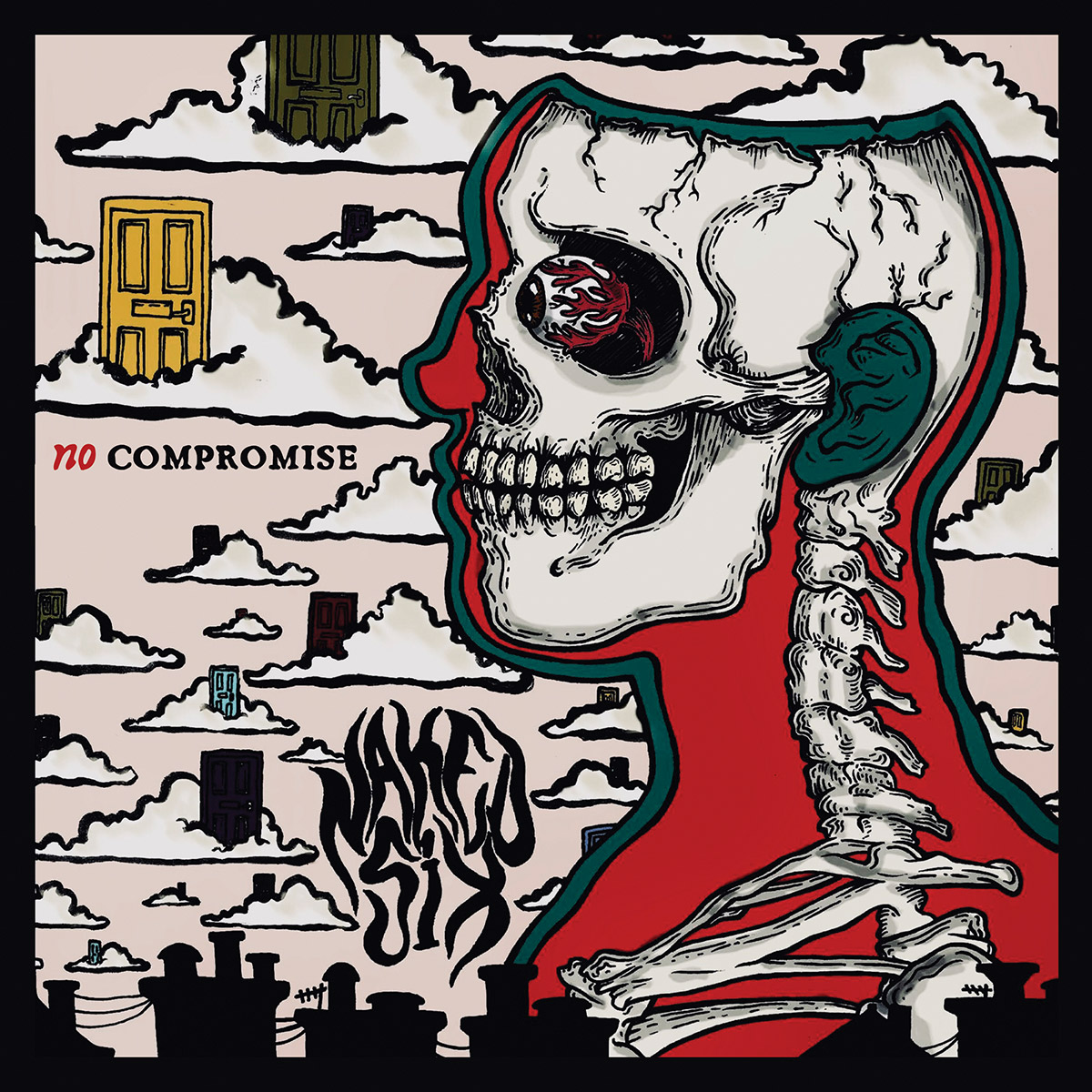 Naked Six will release their Debut EP on October 26th, 2018!

When you play Naked Six’s debut EP, you might feel that you’re hearing punch-the-air aural chaos from SIX untethered young wild men. Amazingly, though, this piquant, powerhouse alternative-punky-bluesy stew was cooked up by a talented twosome, now a trio, described by Soundsphere Magazine as “One of the most exciting pure rock bands to come out of Yorkshire in the last decade. Without doubt. Insane talents”.

Up on the North Yorkshire Moors, back in 2015, wind and fog mysteriously crept around a boarding school in Whitby. Two of its inmates – Seb Byford (lead guitar/vocals) and Tom Witts (drums) – decided to combine their talents. A dorm-diet rich in Queens of the Stone Age, Radiohead, Bob Dylan, Leonard Cohen (plus a healthy portion of Led Zeppelin) helped fuel their creative union.

Naked Six’s new EP was written and recorded between the 10th and 14th of April 2018 at Orgone Studios, where the EP was produced by Jaime Gomez Arellano.

“We had an absolute blast recording the EP. We went in set to create a very live and raw sounding record. We captured just that,” says Seb, “We recorded in a studio building that had history from World War Two, which we found fascinating. The weather was grim and the fog was thick; it was seriously atmospheric to record in. We loved it!”

“The recording process was fairly straightforward; we just went in and smashed them out, then added a few things on top. The drums needed to sound huge and have that live feel, as Tom is a very aggressive drummer. We’re really pleased with the end result!”

“Lyrically,” Seb adds, “we’ve touched on quite personal matters that we feel people can relate to. We took inspiration from our own experiences and others around us.”

The EP was written and recorded as a two-piece before Callum Witts (cousin of drummer, Tom) was enlisted to play bass, expanding the band.

Check out their first single No Compromise here:

Join Naked Six at the start of a journey which threatens to lead to many, many fascinating destinations. Their debut EP will be released on 26th October on Silver Lining Music and the band will be touring with confirmed live dates for November, and by live we mean electrifying, high-octane performances!