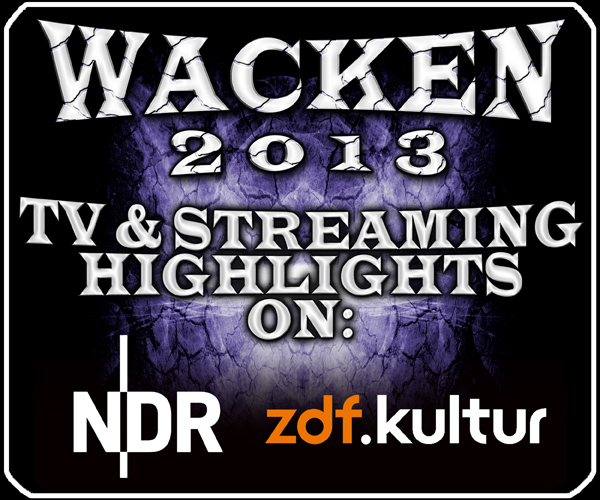 As announced before our media partners NDR and ZDFkultur will broadcast and stream tons of shows, interviews and backstage footage during and after the festival.

On Saturday ZDFkultur will live-broadcast and stream highlights like:

In the two weeks after the festival ZDFkultur will stream every day (from Monday to Friday) a one hour lasting show from bands like:

The exact schedule will be released soon at ndr.de

On Sunday there will be a special highlight: NDR will collect as many headliners as possible and broadcast their shows one after another.

So the best gigs of the festivals can be enjoyed once again by those who already arrived back at home from the festival side.

Older material, lots of reports and interviews as well as the streams itself ( as soon as published) can be found at ndr.de