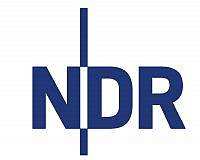 As mentioned before, our media partner NDR is going to broadcast several hours of material from the Wacken Open Air 2012 tonight. They will start at 21 o’clock with the recorded concerts of Graveyard, Leningrad Cowboys and Saxon.

Following behind, they will send the documentary report Heavy Metal trifft Karniggels (German only) from Detlev Buck at 0 o’clock on the 15th of September.

The broadcasts will be also streamed for free and worldwide on NDR.de/wacken and they will still remain there after the TV broadcasts.