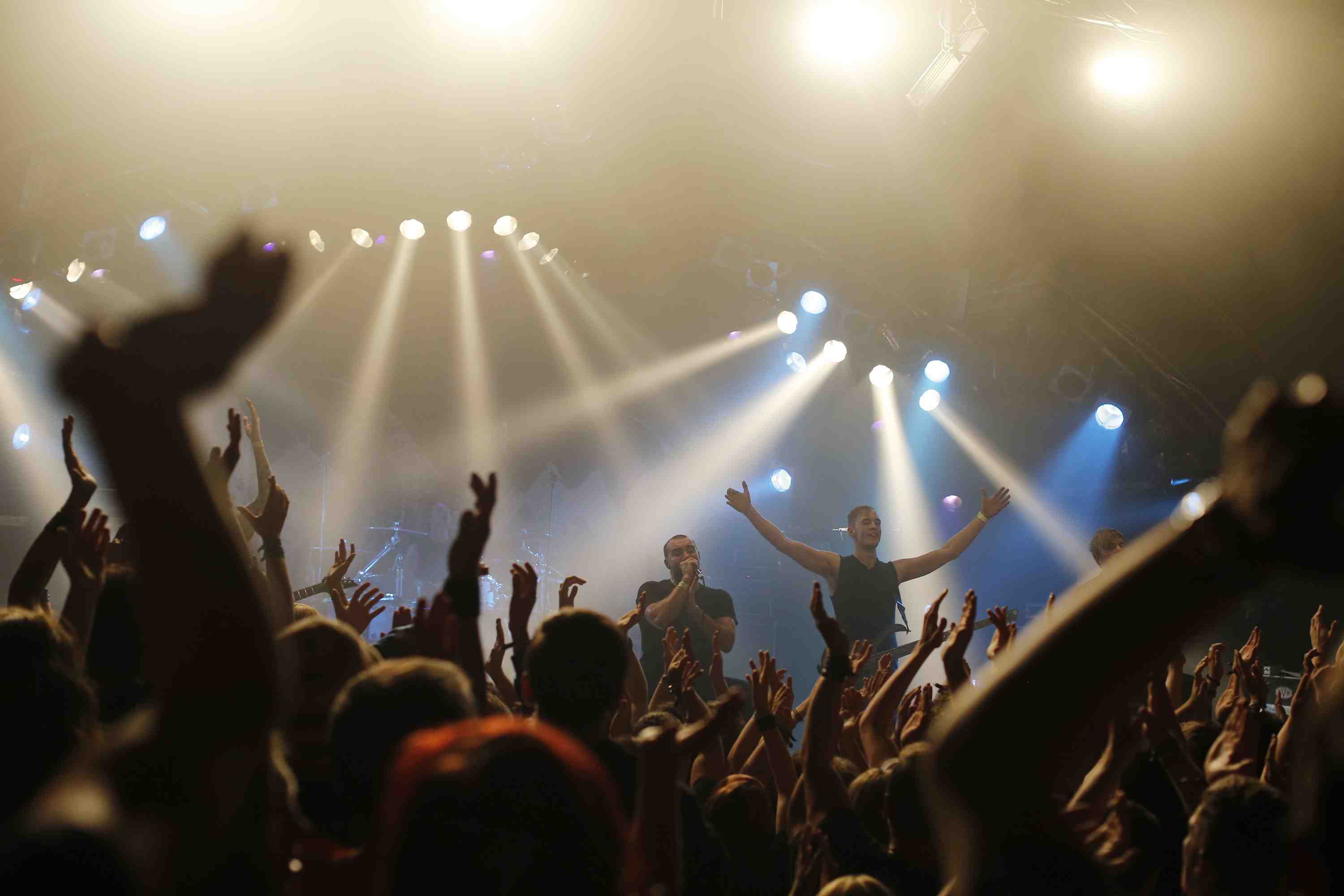 Last weekend the HAMBURG METAL DAYZ took place for the first time – and the event was very well received. The organizers of the Wacken Open Air and the Reeperbahn Festival had invited fans, musicians and business professionals to the Markthalle. More than 3000 visitors answered the call and experienced three days of concerts, Meet & Greets, panels, readings, workshops with musicians and more from 20th to 22nd September.

Heaven Shall Burn, Callejon, Doro, Saxon and Betontod rocked the audience, whilst music business professionals discussed topics such as “Career aspiration music business” or “The future of Metal” and Scorpions legend Uli Jon Roth showed his guitar skills. The fact that all of the bands were really close to their fans, not only during the signing sessions in the lounge of the Markthalle, was enjoyed by all. Additionally, new bands for the already sold out Wacken Open Air 2013 were announced at a KickOff Party during the Hamburg Metal Dayz.

Thomas Jensen, manager of the ICS Festival GmbH and one of the creators of the Wacken Open Air, expressed great satisfaction with the event: “The good attendance and feedback shows us that the concept works: the combination of good bands with an appealing programme alongside the music and the possibility for professional and private exchange. The great location Markthalle played a big part, too, offering the right rooms for all of this. I am also happy with the fact that with the Hamburg Metal Dayz, heavy music has found a home at the Reeperbahn Festival. Our gratitude goes out to the fans and musicians, but we also would like to thank the Markthalle team, the organizers of the Reeperbahn Festival and our partners Kingstar Music, Hamburg Konzerte and Impericon for the productive collaboration.

Detlef Schwarte, managing director of the Reeperbahn Festival Campus, explains: “The Hamburg Metal Dayz are a great addition of a music genre so far underrepresented at the Reeperbahn Festival. I hope that we can expand the cooperation with the Wacken Open Air in order to be able to offer Metal fans and business professionals an even more versatile event.”

For this reason, the organizers already announced a repetition of the Hamburg Metal Dayz as part of next years Reeperbahn Festival:

In addition, the Wacken Foundation which is supporting Heavy Metal music and its bands and artists, had been present at the Hamburg Metal Dayz. The Thuringian band Heaven Shall Burn, one of the most important bands from the Metalcore scene, contributed a lot to the good cause by donating half of their fee for their successful headliner concert on Thursday to the Wacken Foundation, as guitarist Maik Weichert explains: “We have been doing a Metal-workshop project with the youth club VorTREFFlich from Weimar for some time. It is great fun and there are really big talents among the teenagers! Back in the days, we also benefitted from having been told tips and tricks by experienced rock and metal music lovers. Now we want to do exactly the same. For this project, we received valuable support from the Wacken Foundation in order to develop it further and maybe create a basis for similar projects, and this is why we will play our show at the Hamburg Metal Dayz as a benefit performance and donate a part of our fee. There are many people from the scene and the music business around, and therefore we hope to inspire even more people when it comes to such projects!”

More information on the Wacken Foundation can be found on www.wacken-foundation.com