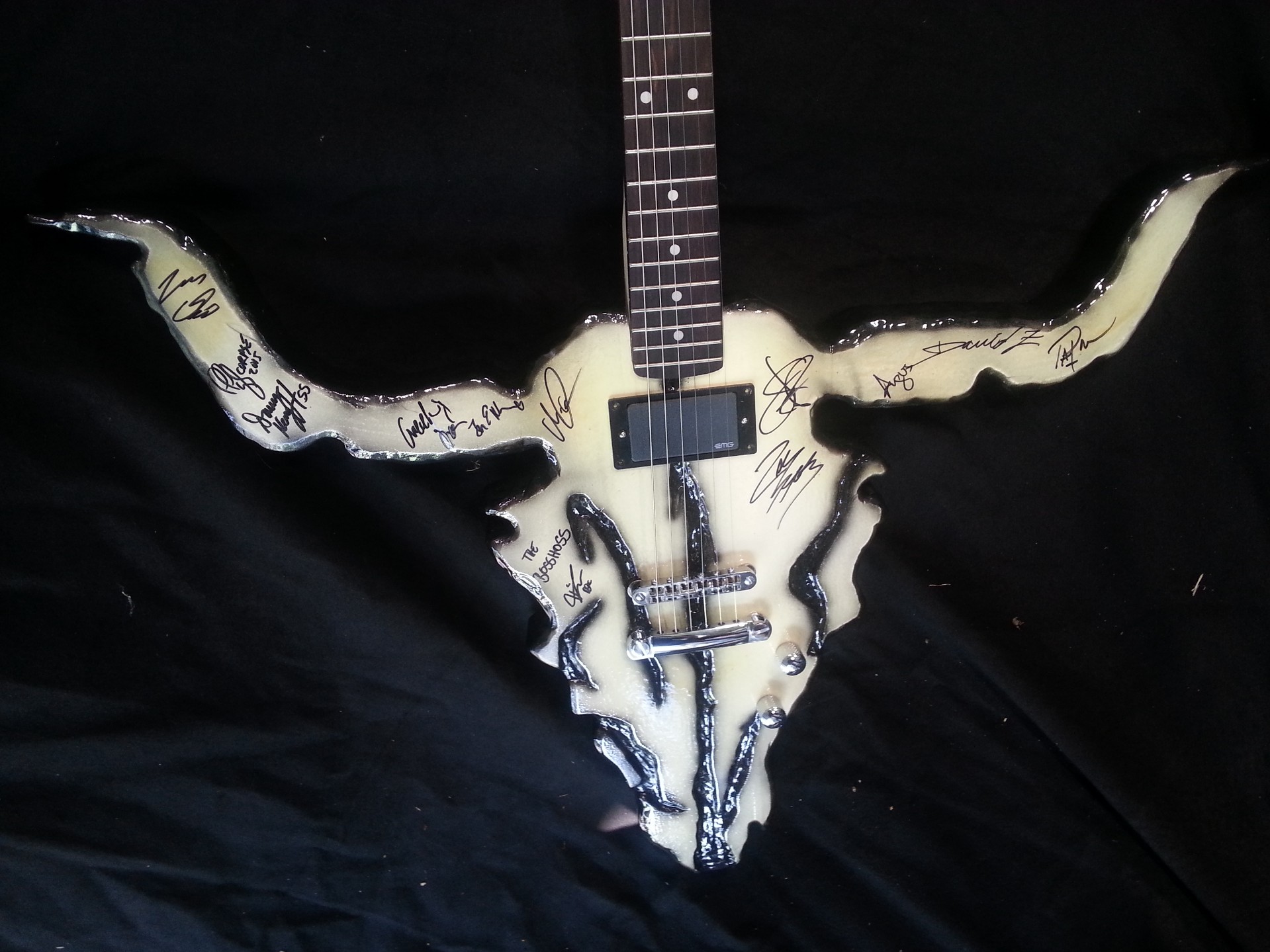 Today the Wacken Foundation is starting with the auctions after the Wacken Open Air.

The first item that will be auctioned is an E-Guitar with a handmade, three-dimensional corpus, looking like the Wacken skull. Creator of the extraordinary design is Thomas Schultz – the usual guitars do not have the individual character he wanted to create. “I wanted the guitar to have a special form and I’m a big Wacken fan for a long time. So my idea was to make it look like the skull as it is the flagship of Wacken and everybody knows it.”

During the Wacken Open Air we exhibited the guitar at the Artist Village. In this way some artists signed the guitar like the TSO/Savatage members Angus Clark, Jeff Scott Soto and Dave Z, Paul Mazorkiewicz and Pat O’Brien from Cannibal Corpse; The Boss Hoss as well as In Extremo.

Some more highlights of the instrument: the body is made of a one-piece khaya mahagony block, the neck is made of maplewood, provided with a palisades fingerboard and 22 frets. The knobs are made of metal, tailpieces and bridge are chromed. The Guitar has black mechanics and a metal plate with the engraving “Nr. 01 Wacken Edition”.

The auction takes place on eBay starting Friday, 14th August 2015 at 5:00 pm and lasts one week. The Wacken Foundation uses the income to support bands and artists of the hard rock and heavy metal scene.

Try your luck and place your bid!!