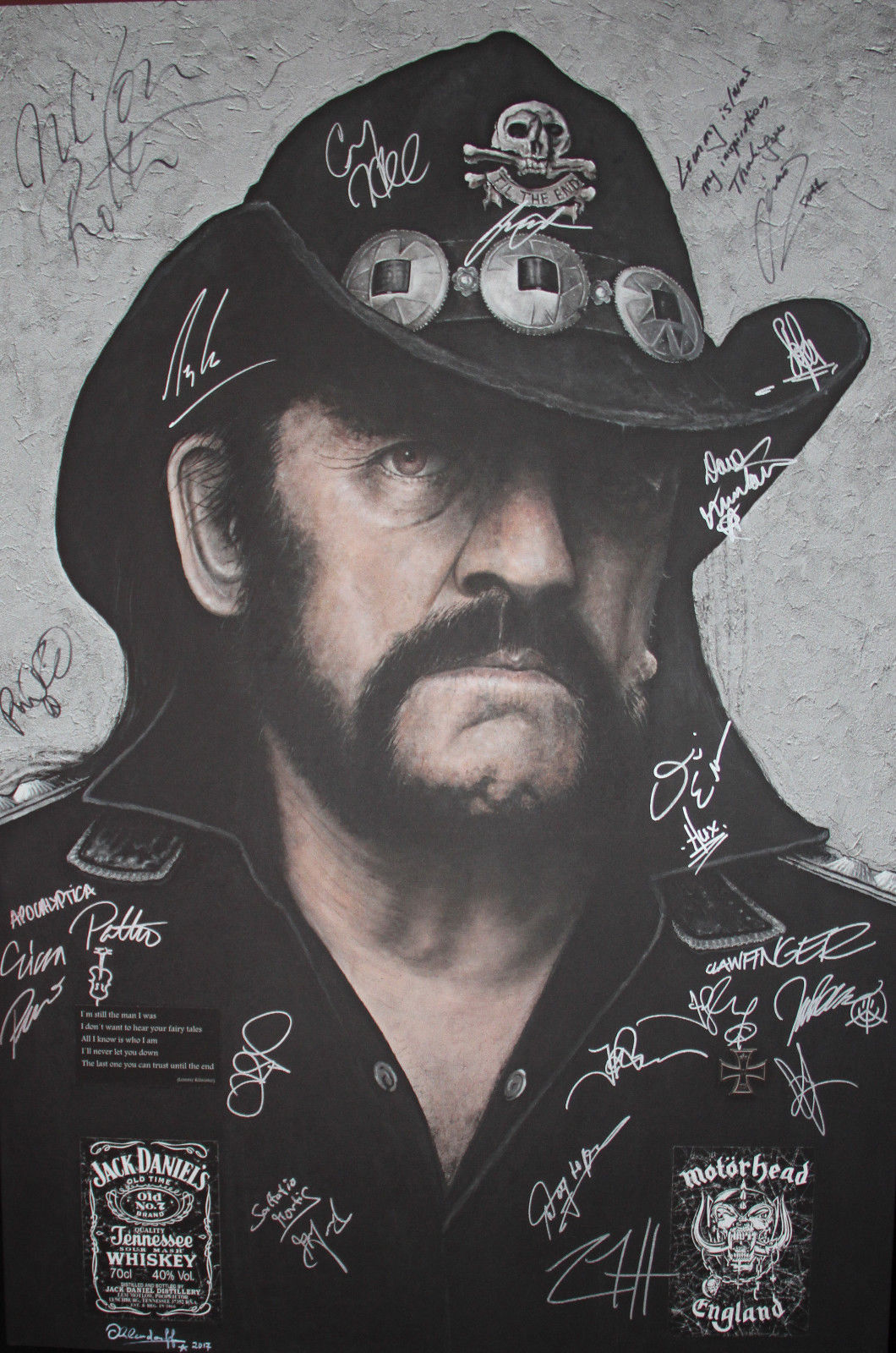 After 2014 the artist Ole Ohlendorff donated the second Lemmy-portrait to the Wacken Foundation, which was signed and is about to be auctioned in favor of the Foundation. The new portrait is part of the „DEAD ROCK HEADS“ series and was made after Lemmy sadly passed away at December 28th 2015.

The artwork is a hand-edited Fine Art Print on canvas mounted on a stretcher frame (100cm x 150cm) and signed by the artist himself. It also was signed by many musicians during the W:O:A 2017 at the Artist Village and is ready to be auctioned.

Here you can submit your bid.

Ohlendorff also has an exhibition this Saturday at the „Stones Party zum Konzert“ in Hamburg, where the Foundation will also be present thanks to him. So if you want to enjoy more of his artworks come and join us.

The Artwork was signed by following musicians during the W:O:A 2017: