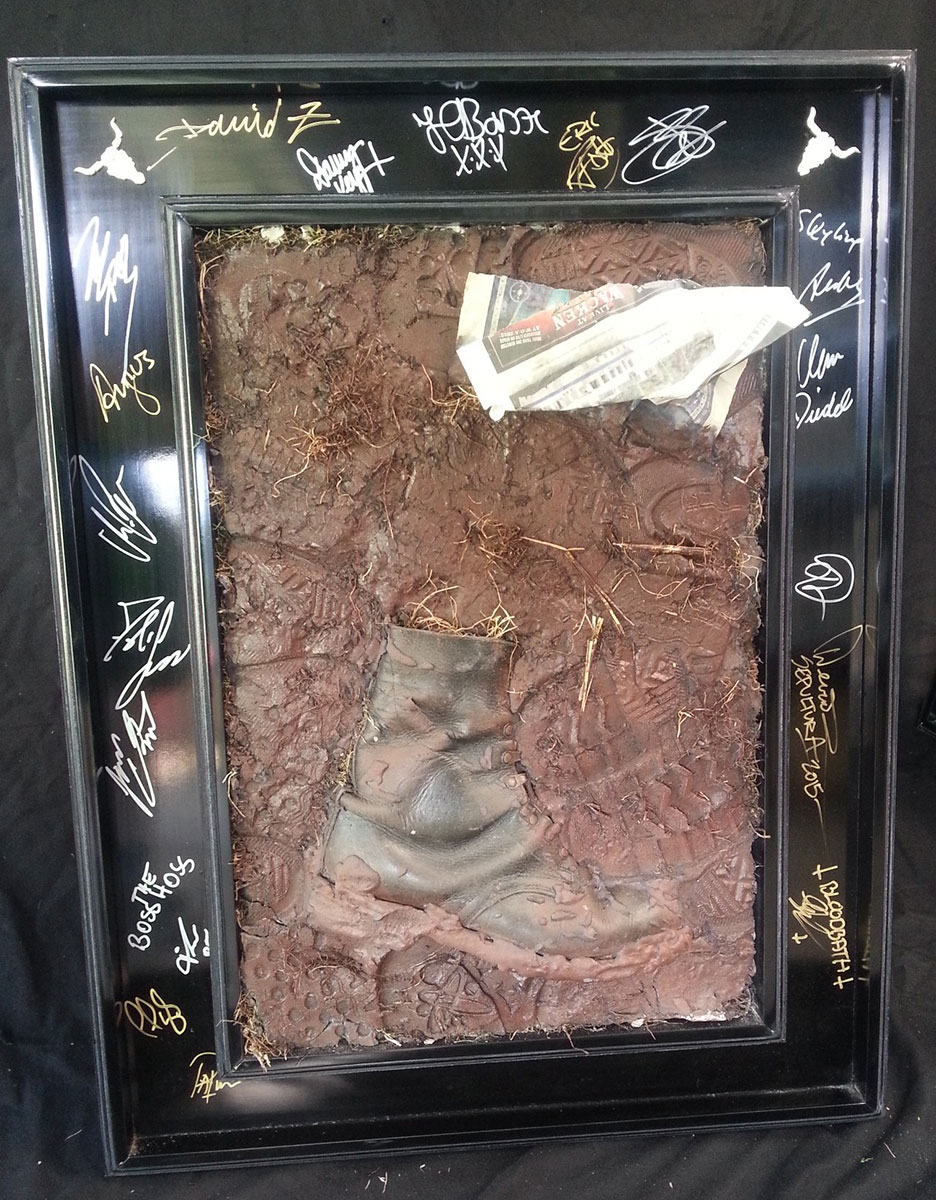 Nelli the Artist is a freelancing Artist from the north of Germany with Swiss roots, who excitedly observes the Wacken Open Air since its founding in 1990.

For the 25th anniversary in 2014, Nelli the Artist started a retrospective about the twenty-five years of the W:O:A. His pieces are assemblages (80 x 60 cm) in a black shellac double frame with different motives. There is one thing they have in common which is that they show 1/4 m² of the Wacken Open Air ground that you can touch.

The pictures “W:O:A 2014 A1” and “W:O:A 2013 A1” each show 1/4 m² Holy Ground of the respective years and contain original ground of the Wacken Open Air. In the artist’s view they contribute to catch the feeling and the atmosphere of the festival and thus it can be relived.

They were in the Artist Village during the Wacken Open Air and was amongst others signed by members of the following bands: Sepultura, Bloodbath, The Boss Hoss, In Extremo, TSO/Savatage and Skyline.

The pictures are going to be auctioned in favour of the Wacken Foundation from the 28th August at 5pm until the 4th September at 5pm in two parallel auctions.

Follow the two links below to the auctions. We are looking forward to your participation.

Thanks a lot to Nelli the artist for making the pictures available to us!!