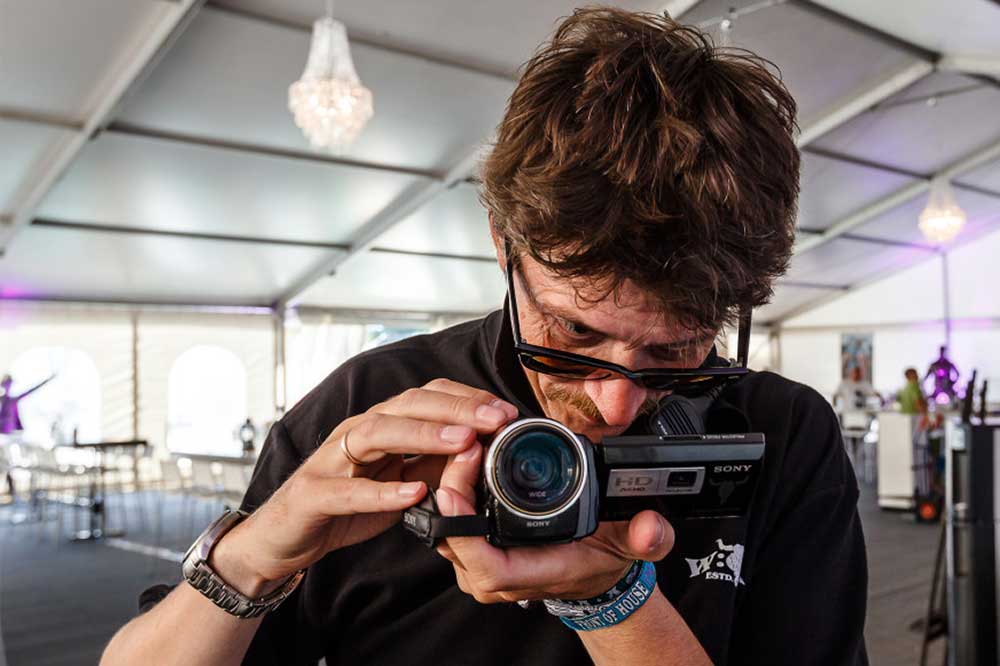 His name is really Harry, he has been to the first three Wacken Open Airs and he knows what true Wacken love means.

„Actually, you could call me ‚construction site videographer’. I show how the Wacken Open Air is being set up, from the very beginning until everything is ready. During the festival itself, I rarely film anything, but a couple of years ago I was on the infield with my camera during a concert. Focusing on the stage, I moved backwards, and of course I tried to check my path, but I couldn’t really see what was going on behind me. So I ran into this guy who spilled his beer all over my back. He promptly apologized for that and offered to buy me another beer. With a surprised look on my face I had to explain to him that it was actually his…

But that is typical for Wacken: If something goes wrong, it’s no biggie. The basic mood is friendly, and that is also true for the staff. It’s obvious that the organizers take care of their people. There are drink dispensers everywhere for all the people working here, and they can eat as much as they need, so everybody is feeling good. There’s a new banner on the site that says: ‚Only crew love is true love’. That’s it, that’s Wacken.

So I don’t take my work here for granted, it’s a privilege. Holger and Thomas have put their trust in me since 2007, since my first video left the cutting room. Every movie has been shown exactly as I have produced it. I think that’s just awesome.

I came up with the name ‚Harry Metal’, Thomas had the idea to film little videos for Wacken. But Harry is indeed my real name, just with out the ‚Metal’. It’s a pseudonym I made official in the mid-Eighties already, it even says so in my passport.“

„Phil Collins. That would be fun.“