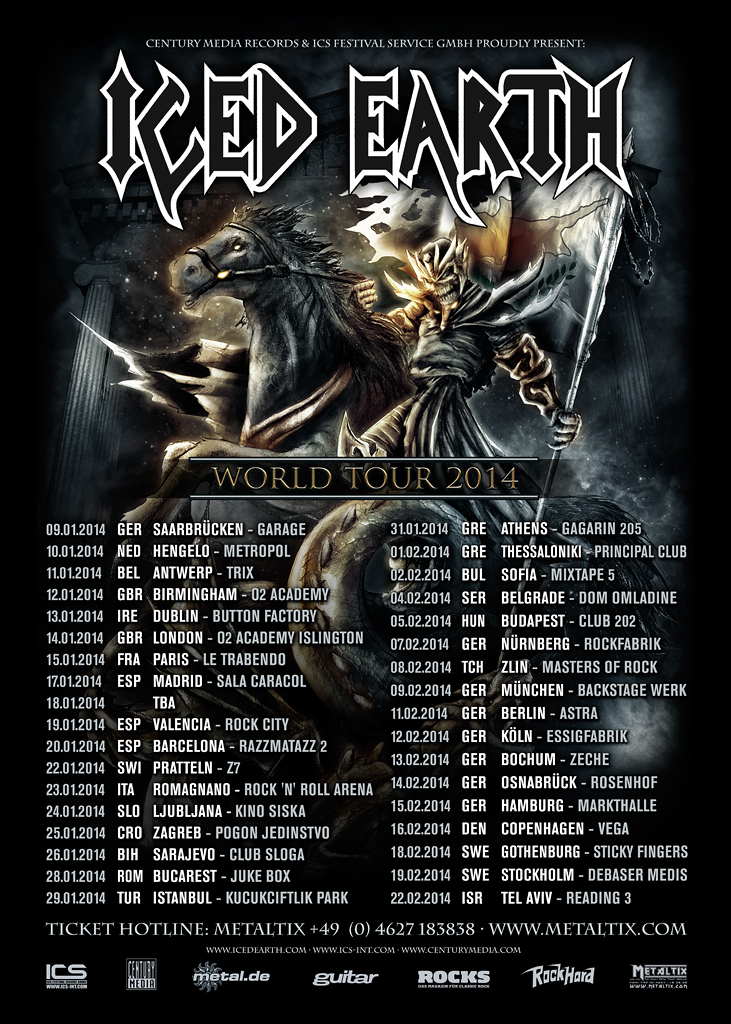 Double hit about Iced Earth! Our raffle has just finished and we can announce the lucky winners. And now the pre-sale for the Iced Earth tour 2014 starts!

The US-American metal band Iced Earth is going to play concerts in Europe in 2014. The band which was founded as Purgatory in 1984 will also play in some German cities in January and February:

The tickets are available at Metaltix.com

Raffle regarding the Iced Earth release “Live In Ancient Kourion”

We raffled 3 copies of the Iced Earth live album “Live in Ancient Kourion” and now we can publish the lucky winners:

And one limited 3LP Gatefold vinyl each go to Achim K. from Bad Wildbad and Yvonne L. from Kraichtal.

All winners will get also get a winner confirmation via e-mail!

We wish all winners a lot of fun with their prices and thank everyone for the huge participation!