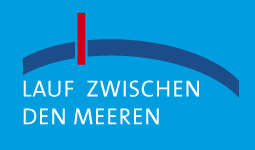 On Saturday, 30th May 2015 for the first time a team of the Wacken Foundation will take part in the 9th Race between the seas (Lauf zwischen den Meeren). 700 teams take part in the relay race across the federal state Schleswig-Hostein from the Noth Sea to the Baltic Sea. The race starts at 9:00 am in Husum. After 10 sections and 95.5 kilometers the teams will reach the final destination at the beach in Damp at the Baltic Sea.

The W:O:A promoter ICS Festival Service GmbH sponsored the entry fee for participation at the race between the seas. They are wishing all participants a lot of fun and the whole team every success. “Primarily this is all not about winning but about everyone giving his best for the whole team and about having fun and enjoying the relay race” stated W:O:A promoter Thomas Jensen. Marcus Haase, who runs the fourth section, added with a wink: “Ideally we will all arrive the home stretch in Damp after 10 hours safe and sound.” Beside the fun the team members also do not lack the necessary motivation. Runner Stefan Schulze from ICS Festival Service GmbH practices once a week since he knew that he will be taking part in the race. Thomas Kreidner from Seaside Touring and Marcus Haase have already practiced as well. They took part in a race in their home town on 15 February 2015.

We are looking forward to the race and the great atmosphere.