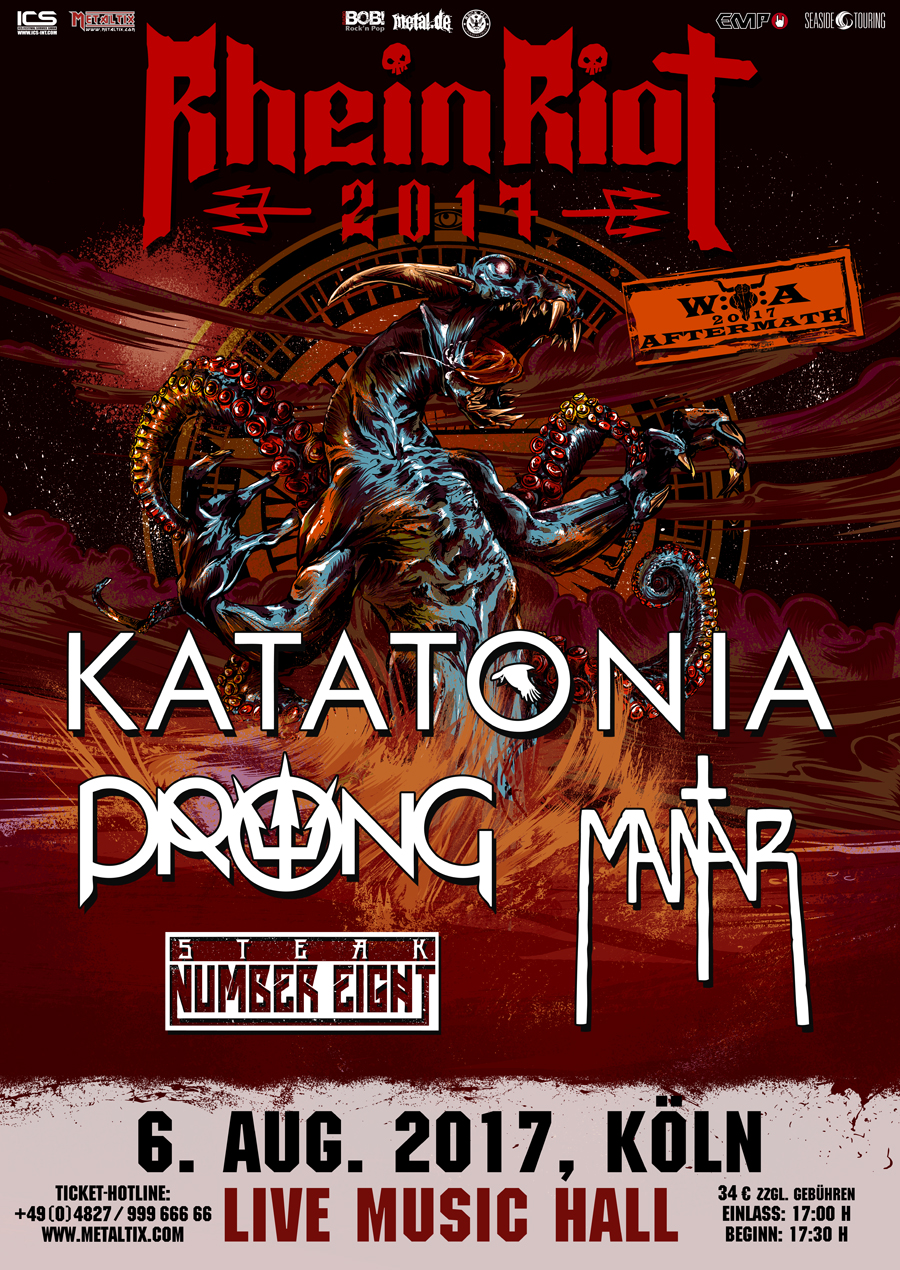 After last year's successful debut, RheinRiot is ready to return in 2017 and bring the spirit of W:O:A to Cologne. On the Sunday directly after the open air festival in Northern Germany following four bands will rock Live Music Hall with you:

The dark progressive metal band Katatonia will perform their perfectly crafted elegies, while Prong bring some serious metal grooves to the party. They will be joined by Mantar, who took the straightest way from being underground favorites to everybod's favorite new act - a path which Belgium's Steak Number Eight are about to embark on, too.

Tickets for the official W:O:A Aftermath Party are now available at www.metaltix.com!