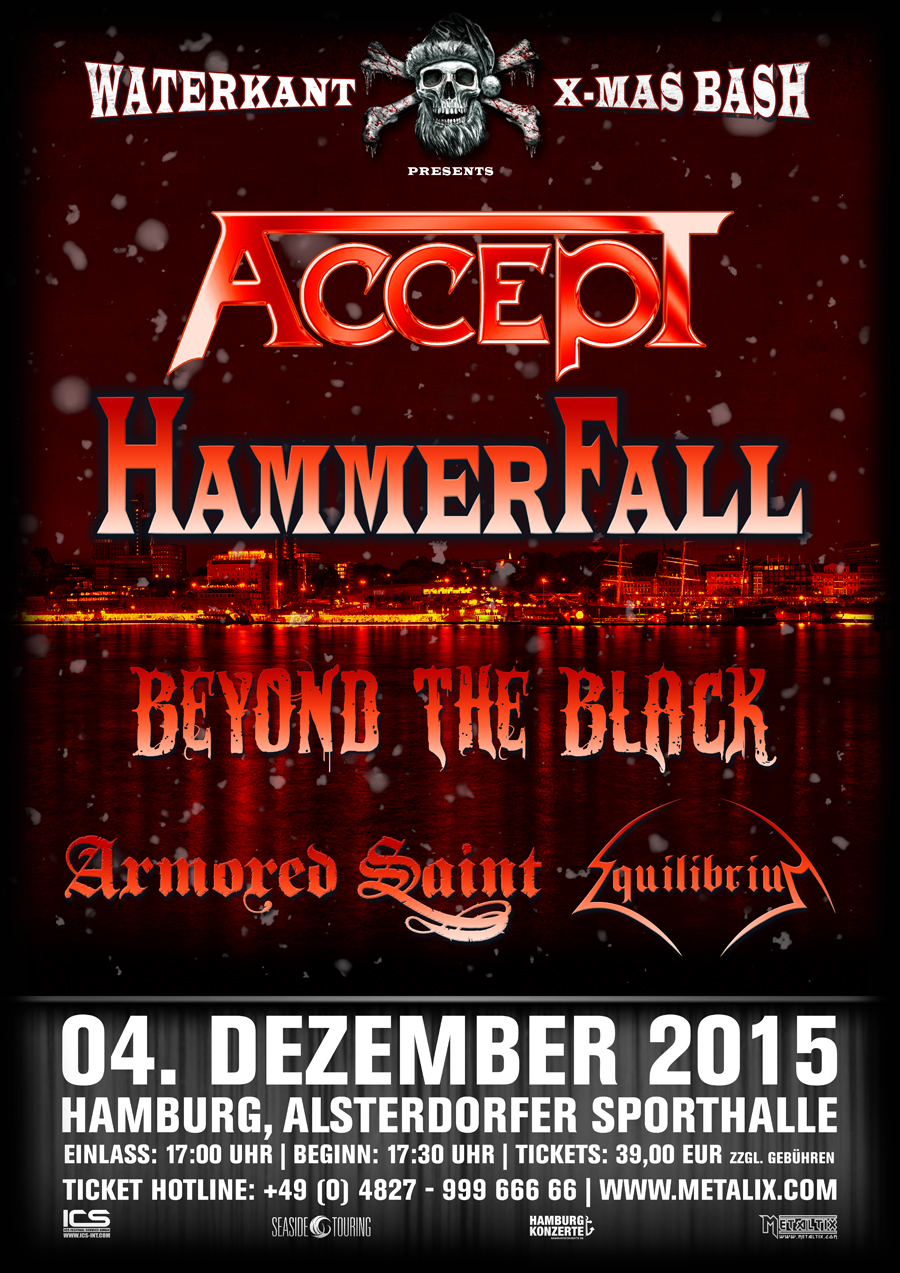 Ready for some Epic Metal? The bavarian pagan band Equilibrium brings it to the X-Mas Bash. Expect an explosive show!

Their first full lenght album was released 10 years ago and meanwhile the band has a music catalog of 4 albums and one EP in total. The last record Erdentempel (Earth Temple) was released in 2014 which also included the smash hit Wirtshaus Gaudi.

Therefore the line-up of the Waterkant X-Mas Bash is complete!

With: Accept, Hammerfall, Beyond The Black, Armored Saint und Equilibrium

Tickets are available at Metaltix.com!