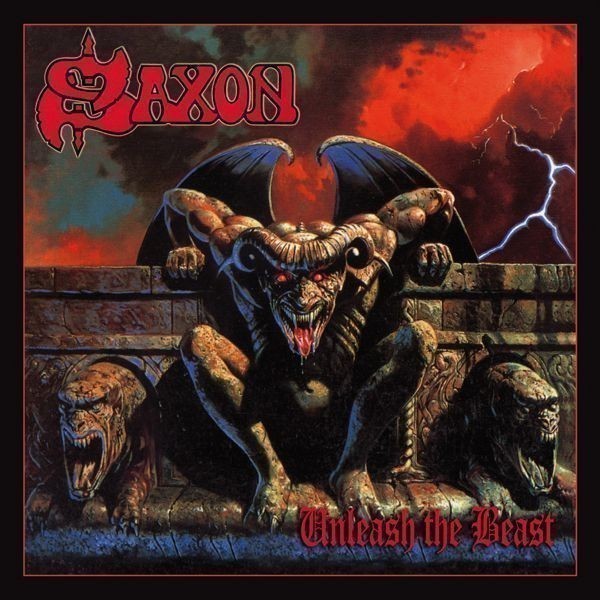 SuPerValue - Re-Release "UNLEASH THE BEAST" out at the same days

Eagerly awaited by their fans – not only since their most recent awesome show at this year’s Wacken Open Air –, British metal gladiators Saxon are scheduled to release their new double DVD, To Hell And Back Again, on 19 November 2007 (Germany: 16 November 2007, US: 20 November 2007). To Hell And Back Again comes in a top-quality DigiPak featuring over five hours of playing time and is a perfect example of an excellent price/performance ratio. The double DVD will be released in a 16:9 image format and 2.0 Dolby Digital & 5.1 Audio sound formats. DVD 1 consists of 15 chapters with lots of interesting glimpses of the band’s life between two albums, starting with the Lionheart studio recordings and continuing with heaps of clips from the subsequent tour (the tour start in Kiel, sequences from the Graspop and WOA 2004 festivals, shows in London, Glasgow, Paris, and Pratteln, among others, plus the grand finale in Prague), and scenes from the video shoots for ‘Witchfinder General’ and ‘Beyond The Grave’. Most of the 15 chapters include at least one live track, the end of DVD 1 featuring full versions of each number. Makes over two hours playing time all in all.

DVD 2 includes the official ‘Beyond The Grave’, ‘Witchfinder General’, ‘If I Was You’ and ‘Let Me Feel Your Power’ video clips, plus the brand-new, previously unreleased ‘I’ve Got To Rock (To Stay Alive)’ with guest appearances by Lemmy Kilmister (Motörhead), Angry Anderson (Rose Tattoo) and Andi Deris (Helloween). The song will be available as an Internet single download from 19 October 2007! DVD 2 is rounded off with live cuts from the Swiss Rocksound festival, the Rock For Asia event, and a live duet by Biff Byford and Doro Pesch (performing the Judas Priest classic, ‘You’ve Got Another Thing Comin’). Another three hours of Saxon pulling out all the stops!

A re-release of the album success, Unleash The Beast, will be out on 19 November 2007 (Germany: 16 November 2007, US: 20 November 2007). In addition to the eleven original songs on the album, there will be two live bonus tracks (‘Crusader’ & ‘Solid Ball Of Rock’), recorded in Germany during the 1995 Dogs of War world tour. The re-release is completed by fascinating liner notes courtesy of vocalist Biff Byford and a new booklet with previously unreleased photos.

SAXON will be back on tour: