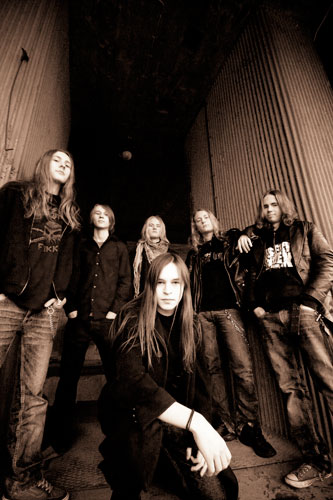 "For some time now the Finnish music scene have been dominated by the dark wave of heavy metal. The official albums and singles charts are topped with metal releases and for the second time a metal band is nominated to represent the country in the Eurovision song contest. It was just a matter of time when this would affect the up-rising generation; Tracedawn is a living proof of heavy metals influence on the youth. The average age of the group is still below the majority but yet the roots of their technical and melodic death metal lead a decade before their birth. .."