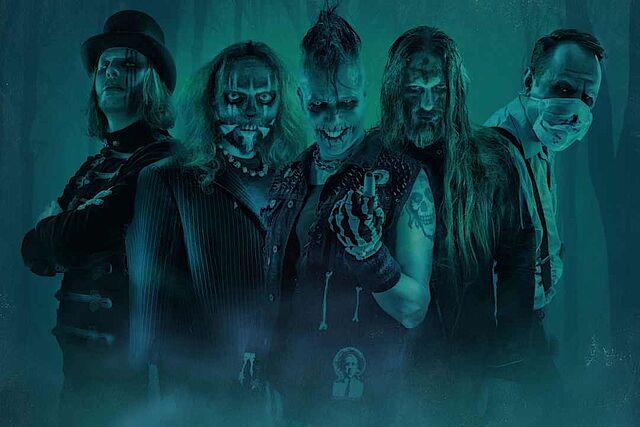 The Other is considered to be “Europe’s most famous Horror Punk-band”. Gigs at some of the biggest alternative festivals in Europe such as the Wacken Open Air, Amphi Festival, M’era Luna, Summer Breeze, Wave Gotik Treffen, With Full Force, Endless Summer, Ruhrpott Rodeo and countless other festivals support the label that the press gave to the horror-fourpiece.

Shows with Alice Cooper, Danzig, Bela B. (of Germany’s Punk-Rock superstars Die Ärzte), The 69 Eyes, The Cult, Ignite, Jennifer Rostock and tours with Misfits, The Damned, Balzac, Christian Death and Wednesday 13 added to the success of the grave-rockers and are proof, that The Other appeals to Punk-Rock, Goth- and Metal audiences alike.

The band played endlessly all over Europe in the past years and even toured the USA twice and played shows in Russia. The band’s latest album “Haunted” reached No. 67 in the official German album charts. The album was followed by a professional audio-play (“The Other und die Erben des Untergangs”) with guest-speakers like Mille Petrozza (Kreator), Dr. Mark Benecke (Forensic scientist), Michael Rhein (In Extremo), Wolfgang Hohlbein (Bestseller-Author), and more.

The Other’s first comic book „Tales From The Other“ became a big success as well and was followed by a second comic book entitled „Der Fluch des Kultes“, published by Panini Comics (Marvel, DC, Star Wars).